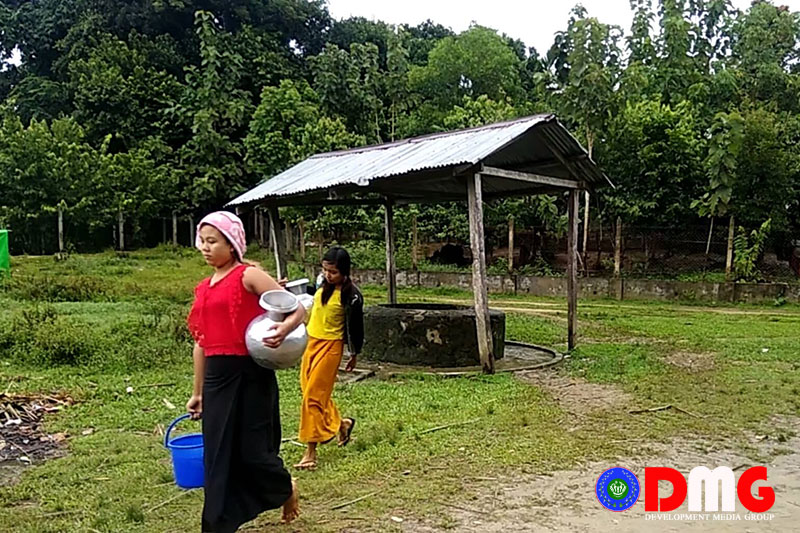 The monastery is one of the places where water scarcity occurs and it needs wells or drilled wells to be built for the refugees.

“We’ve reported to the International Committee of the Red Cross about the matter. They said they don’t have machines to drill wells. Now, the number of refugees is gradually increasing here. We have just two wells and one of them provides drinking water. Wells are deep and the amount of water from these wells is minimal, making the situation problematic,” said Sayadaw U Tayzawbartha from the monastery.

“It’s true. This No.2 Ward faces the biggest water crisis out of seven wards of Buthidaung town. A budget of K5 million was estimated to be used in 2019-2020 Fiscal Year for building a drinking water pond at Lanma monastery in this ward before refugees came. We’ll upgrade old wells or build a new pond,” said U Tun Aung Thein, State Hluttaw MP from Buthidaung Township.

About 826 refugees from 186 households are taking shelter at the Lanma monastery refugee camp.