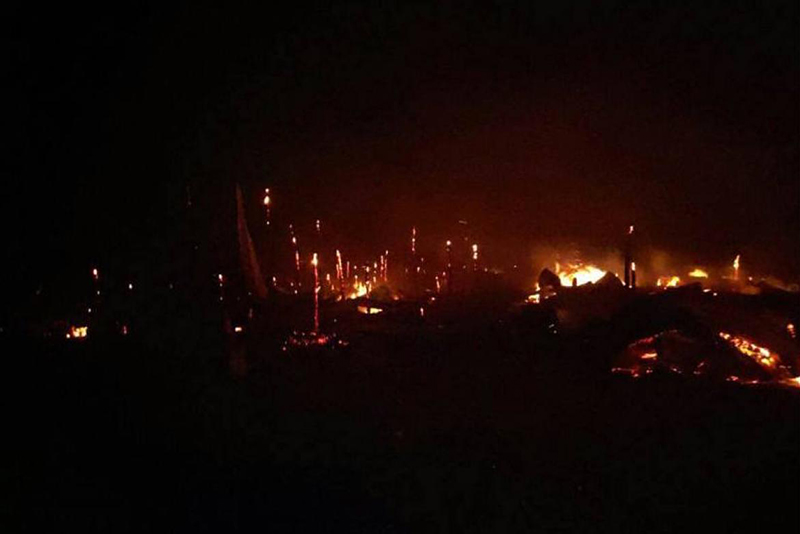 The Arakan State Fire Service Department said that 85 fires have been reported from January to October this year in Arakan State, and most of them happened in January, February and March.

“Of the 85 accidents within 10 months this year, 15 have been caused by cooking fires and 30 by negligence, 4 by electrical faults , and 24 fires were set deliberately,” U San Shwe Tun, Deputy Director of Arakan State Fire Service Department said.

Most of the fires were due to negligence and resulted in three deaths and 11 injuries.

U San Shwe Tun said that most of people who died and injured during fires were elderly and disabled people and children.

“According to our review of the accidents, elderly people, children and disable people die or have injuries due to fires. But the other fact is that some people don’t have enough knowledge about fire,” he said.

Arakan State Fire Service Department said that most of accidents happened in Sittwe, Kyauk Phyu and Maungdaw districts and they are trying to raise awareness of fire in the villages of those areas.