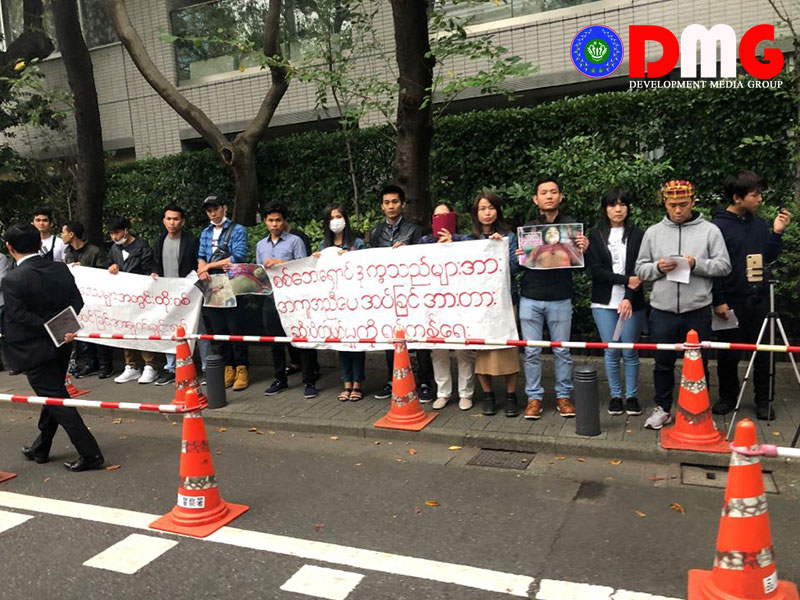 More than 100 people waged a protest in front of the Myanmar embassy in Tokyo, Japan on 21 October while Daw Aung San Suu Kyi visited Japan to attend the Japanese emperor’s enthronement ceremony.

The protestors headed by the Arakanese Youths’ Union-Japan denounced the State Counsellor’s order to wipe out the Arakan Army (AA) that escalated armed conflicts in Arakan State.