Number of drug addicts on the rise in Mrauk-U 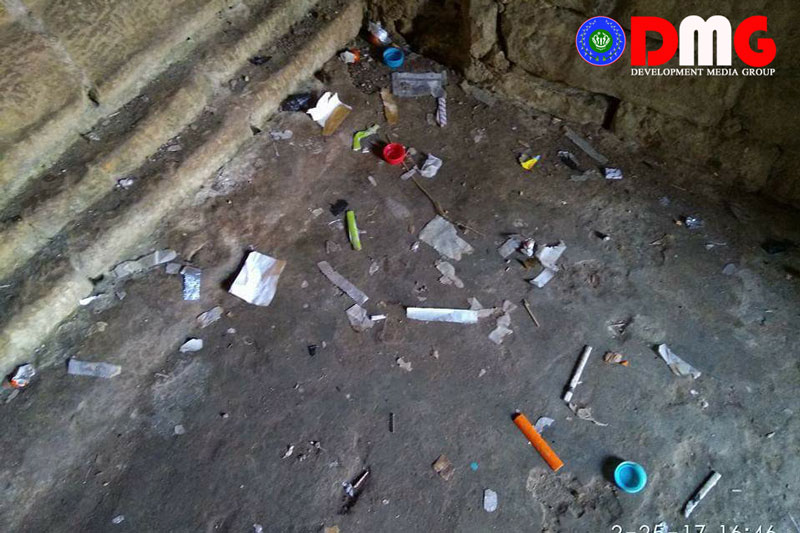 The number of drug addicts in the precincts of ancient pagodas and temples in Mrauk-U cultural zone, Arakan State is raising significantly, some locals said.

The rising number of drug users in the compound of ancient pagodas and temples attribute to instability and lack of rule of law in Arakan State, and less visitor arrivals to the region, said Ko Zaw Tun, a resident in Mrauk-U.

He continued that, “Drug addicts used illicit drugs clandestinely in the past. Now they (drug addicts) use the drugs by taking advantage of the lack of law in the region,” he added.

Some drug addicts use narcotic drugs not only in the daytime but also at night despite a curfew that was imposed in Mrauk-U Township, some residents said.

The use of illicit drugs in the precincts of ancient pagodas and temples can affect the dignity of the region and Arakanese people, so the drug addicts should refrain from using illegal drugs, said Daw Khin Than, Chairperson of Mrauk-U Cultural Heritage Conservation Association.

She highlighted that, “The dignity of Mrauk-U and Arakan State would be affected if some local youths became addicted to illicit drugs and they would be seen using narcotic drugs in Mrauk-U cultural zone by locals and foreign travelers visiting the region.”

Photos of abandoned drug-related paraphernalia in the precincts of ancient pagodas and temples in Mrauk-U went viral on social media.

Residents said local authorities should seek ways to prevent and reduce drug addiction in order to completely eliminate the drug use in the region.