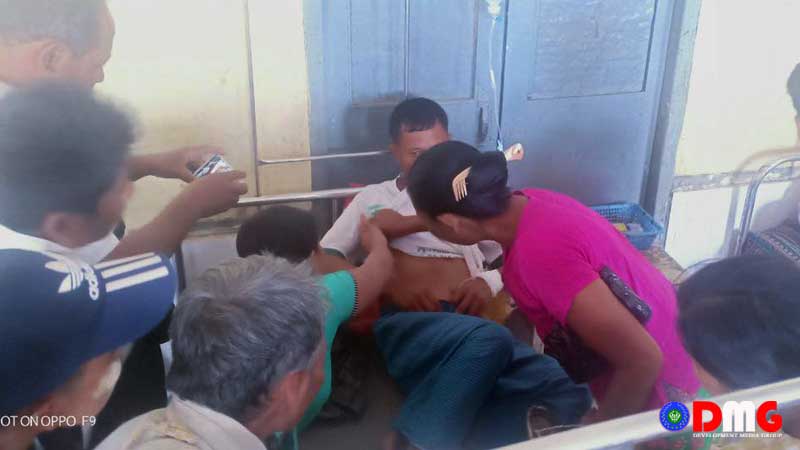 An artillery shell landed in Kalama Taung Village in Minbya Township at about 9 a.m. on 11 December, 10 villagers were injured and two out of the 10 received serious injuries, locals said.

They were sent to the Minbya Hospital for medical treatment, said village administrator U Ni Chay.

It has not known yet who the responsible parties are.

Fighting started between the Tatmadaw and the Arakan Army (AA) at about 3 a.m. on 11 December at Min Pont Taung which is located about one mile east of that village and the fighting has continued. Moreover, locals said at about 12:30 p.m. that a clash has occurred near Ra Maung Bridge in Minbya Township.

About 2,000 people live in that village and most villagers fled to safe havens.