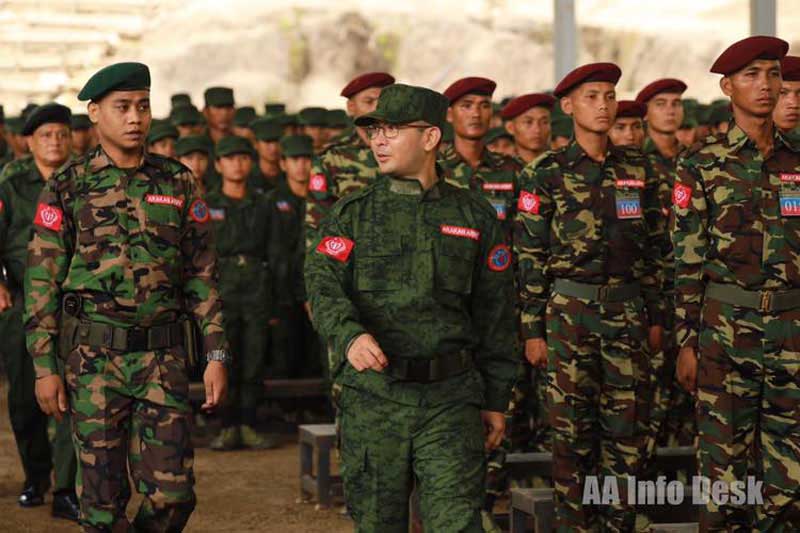 The Arakan Army (AA) has been launching hit-and-run attacks across Arakan State in an attempt to realize the “Arakan Dream 2020” and put international pressure on Myanmar, which has been accused of genocide at the International Court of Justice, according to a press release issued by the Tatmadaw on 12 December.

The ethnic armed group fighting for more self-autonomy has been staging attacks on the Tatmadaw’s outposts, road/bridge projects and police outposts by using superior troops since 9 December. The Tatmadaw accused Arakan Army (AA) of taking advantage of the time when a government delegation led by State Counsellor Daw Aung San Suu Kyi defended Myanmar against charges of genocide filed by Gambia at the International Court of Justice in The Hague, Netherlands.

The statement says that the Arakan Army (AA) exaggerated the Tatmadaw’s image, saying the military tortured and oppressed the ethnic minorities intentionally.

Meanwhile, authorities in Arakan State beefed up security measures as they received a tip that the Arakan Army (AA) is planning to launch coordinated attacks on some towns, villages, bridges, Tatmadaw and police outposts simultaneously ahead of the Arakan State Day which falls on 15 December, the Tatmadaw said.

In her testimony during the second day of hearings in a genocide case against Myanmar at the International Court of Justice, State Counsellor Daw Aung San Suu Kyi said that an internal armed conflict is going on between the Arakan Army (AA) with more than 5,000 fighters, and the Tatmadaw in Arakan State.

“The Arakan Army (AA) seeks autonomy or independence for Arakan State, as it was called—finding inspiration in the memory of the historic Kingdom of Arakan,” the State Counsellor said on 11 December.

The DMG phoned Khaing Thukha, Spokesperson of the Arakan Army (AA) to comment about the Tatmadaw’s statement but could not contact him.