Editorial: The Press Is Not the Enemy 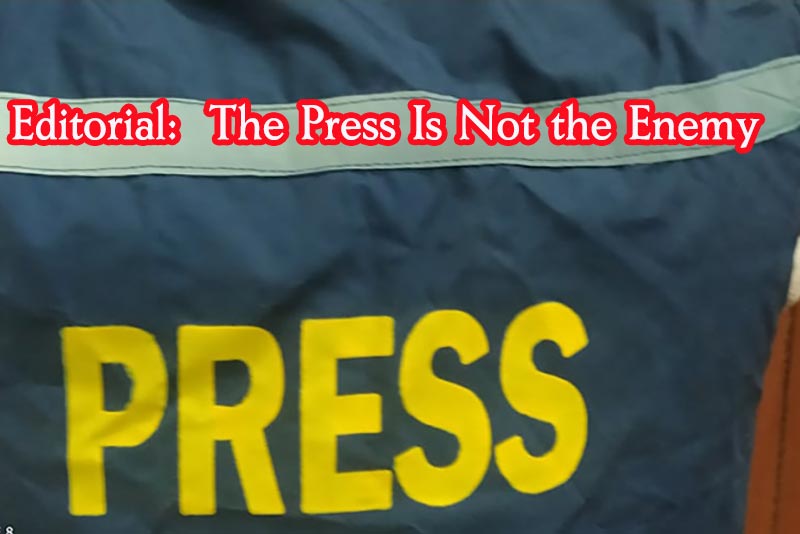 No matter what the governance system in a given country, the three pillars of government — consisting of the executive (administration), legislature and judiciary — must be established.

The job of assessing and critiquing the three pillars is the media’s to undertake. In Western countries, such criticisms often lead to changes within their legislative, executive and judicial branches.

Thus in its unique watchdog role, the media is often referred to as the “fourth pillar” of a country’s system of governance. In Myanmar, however, the media is not existing as the fourth pillar, but rather as an enemy of the ruling class.

Sady, it has been this way for generations. Newspaper houses have been raided since the days of the Anti-Fascist People’s Freedom League, during the pre-military era of democracy in what was then Burma.

During the military dictatorship of the State Law and Order Restoration Council (SLORC) and the State Peace and Development Council (SPDC), private media was not allowed to survive, and daily newspapers and other forms of media were state-owned and run.

At the time, foreign-based news outlets covering Myanmar such as Voice of America (VOA), Radio Free Asia (RFA), the British Broadcasting Corporation (BBC) and Democratic Voice of Burma (DVB) were some of the main enemies of the junta.

Because they operated independently — eschewing the propaganda model of state-owned media and instead following truth-based editorial policies that emphasised a duty to inform the public — they drew the ire of successive military regimes.

As this antagonism played out, it was the people who suffered from generations of information hunger. The news and events just an hour’s drive from one’s hometown could take days to reach a wider in-country audience, and most often it was foreign-based news outlets that were doing the reporting.

Since 2011, the government of then-President Thein Sein began easing media restrictions, and allowed private daily newspapers to publish once again. When the National League for Democracy (NLD) government came to power in 2016, many hoped for further liberalisation of Myanmar’s media environment, but that was not the case. In fact, the number of journalists arrested and prosecuted under the NLD government was higher than under the U Thein Sein administration.

And things have only gotten worse since the military coup on February 1. The State Administration Council, as the new junta calls itself, is also treating the media as an enemy, following in the footsteps of former dictators.

When the regime announced in March that it was revoking the publishing licences of five independent media outlets —  DVB, Myanmar Now, Mizzima, 7Days and Khit Thit Media  — the news had an all-too-familiar ring to it. DMG has been operating without a media licence since December 2019, when its old licence expired amid the Ministry of Information’s failure to act on a request by our organisation for re-licensure. Our applications for news agency and journal publication licences have been “pending” for more than two years now, and DMG has since seen access to our websites blocked inside Myanmar.

The media is supposed to be a bridge between the people and their government. Nowadays, it would be a mistake to think that information can be kept from the people in ways that were effective in previous eras, such as through state control of the media. To understand this, one need only look at the abundance of video footage and reporting — from citizen journalists and traditional news outlets alike — that has emerged since the February 1 coup. The ubiquity of cellphones and social media have rendered the old methods of suppression almost obsolete.

Therefore, we would like to remind the military dictators du jour that treating the press as an enemy will not allow them to cover up their injustices, as their predecessors may have been able to do. The people — and in particular the ultra-connected Generation Z — have got a taste of the information age, and as recent months have shown, they’ll not soon give it up without a fight.