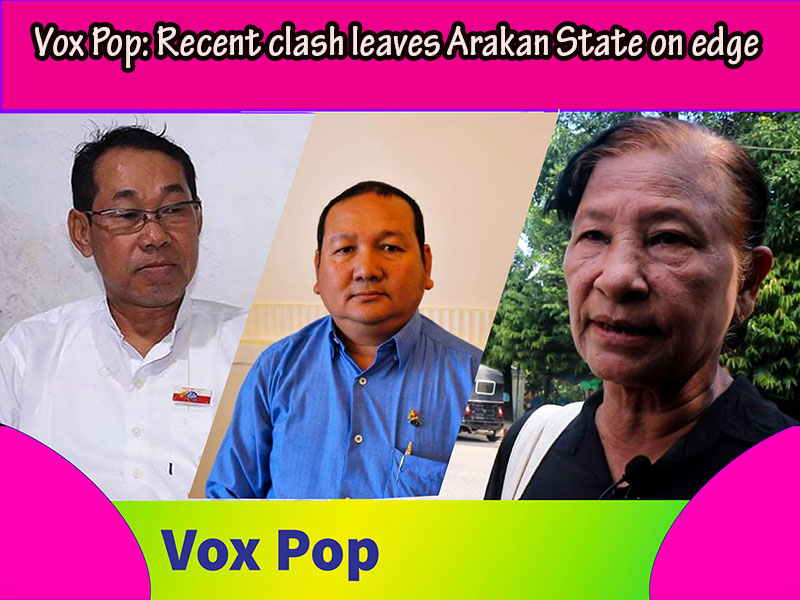 It had been about a year without hostilities between the Myanmar military and Arakan Army (AA) when the informal ceasefire appeared to crack on November 9, with the two sides clashing briefly in northern Arakan State’s Maungdaw Township. While tens of thousands of people internally displaced by the conflict (IDPs) have returned home since the fighting stopped in November 2020, many more remain displaced. By and large, they have viewed the relative peace of the past year with cautious optimism, but are still fearful of going back to their hometowns and villages for a variety of reasons.

With military tensions in Arakan State higher than they have been in many months, DMG spoke to a variety of stakeholders in the state about what a resumption of the conflict might mean for themselves and the region.

If the Tatmadaw is fighting in Kayin State, it will make peace with the KIA [Kachin Independence Army] in Kachin State. If there is a big battle with the KIA in Kachin State, the Tatmadaw offers peace talks to Karen ethnic groups in Karen [Kayin] State. I think the military will continue to do so according to their strategy. The military will not launch offensive attacks on the Arakan Army in Arakan State like in the past due to the fighting on the Myanmar mainland.

The villagers did not dare to go out because we heard heavy artillery fire in our village yesterday [November 9]. The locals are worried about the resumption of fighting in Maungdaw Township. Local people are worried that fighting will continue in Buthidaung and Rathedaung townships, like in previous years. If the fighting breaks out, we have no plans. If the fighting worsens, we will take refuge in Maungdaw [town]. We, the locals, do not want the fighting to continue.

We are concerned about the [recent] fighting in Arakan State. Local people in Arakan State are facing the risks of landmines although there is an informal ceasefire between the Tatmadaw and Arakan Army. There is also opposition from the authorities on the return of IDPs. In addition, there are many people who were arrested on suspicion of having ties to the Arakan Army.

At one time we were suffering from the effects of armed conflict. If the fighting breaks out again, we have to worry more. The problems of [securing adequate] food and shelter could get worse. The IDPs are starving even now. If the fighting resumes in Arakan State, the IDPs will become helpless and we will not be able to look forward to the days when we will be able to return home. The IDPs are waiting in hopes that one day they will return home as fighting is over. The gunfire in Arakan State makes it impossible to think about the return of the IDPs. We hope the fighting will not happen again.