Foreign embassies, UNICEF speak out on school shelling in Buthidaung 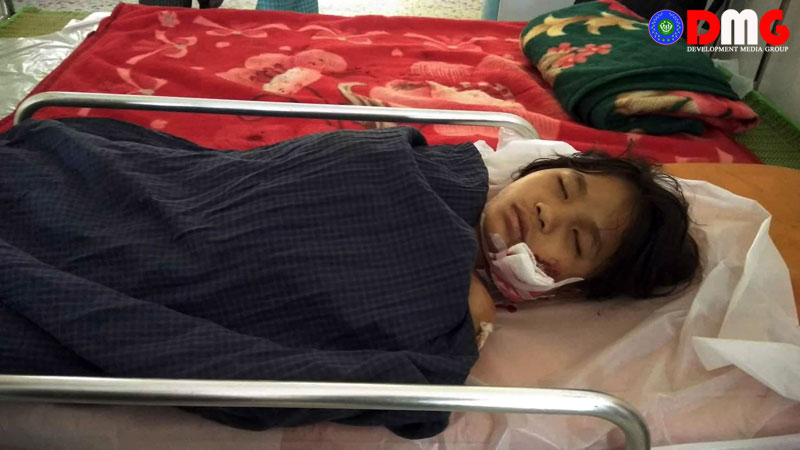 Foreign missions in Myanmar have offered condolences, support and some stern words following the shelling of a school in Arakan State’s Buthidaung Township that injured at least 21 students last week.

“We are shocked and saddened at an incident of such tragic magnitude and our utmost sympathy goes to the children and families affected,” the UN children’s agency UNICEF said in a statement on February 14.

The U.S., British and Canadian embassies also weighed in, with the latter two calling upon all armed groups in Arakan State to exercise restraint, and taking the opportunity to urge the government to lift a mobile internet shutdown in place across several townships in the state including Buthidaung.

“The UK Government urges all sides in the conflict to cease the fighting and to do their utmost to protect civilians,” British Ambassador to Myanmar Dan Chugg was quoted as saying. “It also urges the Government to lift the internet restrictions in Rakhine State which would help provide a better sense of what is happening. This would, in turn, help protect innocent people.”

UNICEF said the incident on February 13 was part of an “alarming increase of reports of killings and injuries of children and the frequent infringements on the civilian character of schools, as a result of intensified fighting between the Myanmar Army and the Arakan Army in the conflict-affected areas of Rakhine State.”

It continued: “UNICEF calls on all parties to the conflict to ensure full respect of the civilian character of schools, and to prevent any interference of armed actors with education infrastructures, personnel and students.”

The US Embassy offered more lamentation than lecture in its statement, while the Canadian mission also urged the government to allow full humanitarian access to conflict-affected parts of Arakan State.

The Tatmadaw and Arakan Army(AA) have blamed each other for shelling of the school in Khami Chaung village.

“The presence of armed actors in or around schools increases the risk of schools being targeted and students and school personnel may be harmed, and school facilities damaged,” UNICEF said in its statement. “It prevents children from accessing education, and it associates schools with violent and traumatic events. We owe it to children to keep them safe at school and we urge all parties to the conflict, to exercise maximum restraint and to protect children at all times.”