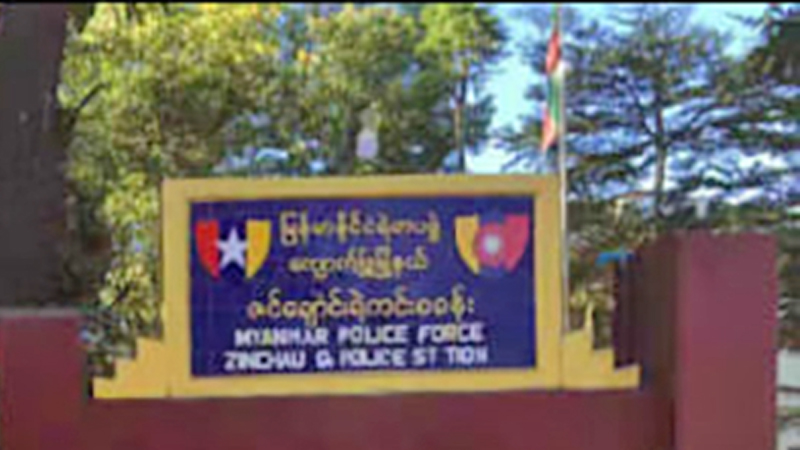 Four people from Zin Chaung village in Arakan State’s Kyaukphyu Township were detained by a contingent of military and police personnel early Tuesday morning, with two of them released from police custody at about noon the same day, family members said.

“I do not have contact with my younger brother. All handsets and computers from his shop were seized. Family members are worried for his safety because we haven’t had contact with him,” Ko San Win told DMG.

U Tun Tun Oo, the Zin Chaung village administrator, said: “I was also included in the team on the day his shop was checked. Authorities said they arrested him because they found he has ties to the Arakan Army.”

DMG phoned the Zin Chaung village-tract police station seeking comment on the arrest of the men, but no one answered.

DMG also called Brigadier-General Zaw Min Tun and Major-General Tun Tun Nyi from the Tatmadaw True News Information Team, but they too could not be reached.

Elsewhere in Kyaukphyu Township, eight villagers from Kat Thabyay and Sai Chone Dwein villages were arrested by Tatmadaw troops on June 26 and handed over to the Kyaukphyu Myoma police station earlier this month. A case has been opened against them under the Counter-Terrorism Law.