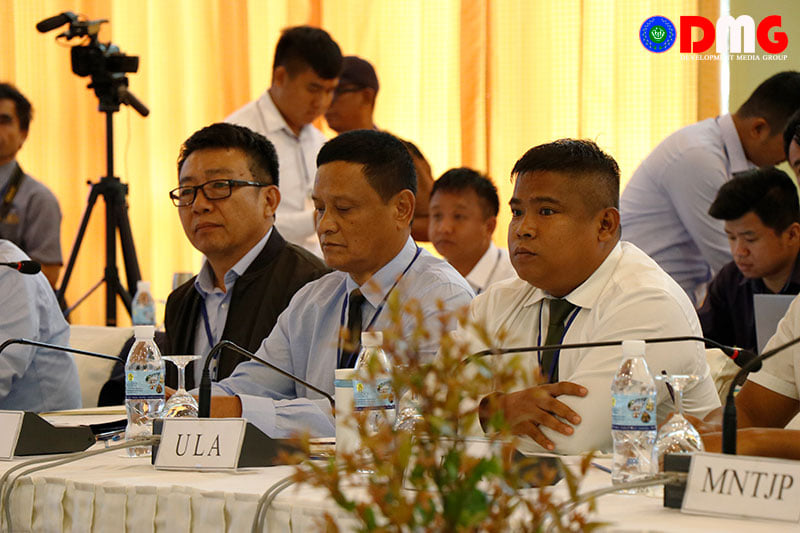 With the consequential exception of the Arakan Army, non-signatories to the Nationwide Ceasefire Agreement will be invited to the next iteration of the 21st Century Panglong Conference, presidential spokesman U Zaw Htay has said.

Speaking to journalists in Nay Pyi Taw on August 5, U Zaw Htay said the AA was not included in the guest list due to limitations under the law.

The government declared the AA to be a terrorist group in March.

U Maung Maung Soe, an observer of ethnic and political affairs, said omitting the AA from the Union Peace Conference, which alternatively goes by the Panglong nomenclature, could delay accession for ethnic armed groups that have yet to sign the peace accord.

“If the AA’s alliance members TNLA and the Kokang army [MNDAA] will not attend the Union Peace Conference because of the AA’s omission, the peace talks with these groups will be delayed,” he added.

Th TNLA spokesperson U Mai Aik Kyaw told The Irrawaddy that the Ta’ang group would not attend the 21st Century Panglong Conference if the AA was not included in the invitation.

Pyithu Hluttaw lawmaker U Pe Than of Myebon Township said excluding the AA from the Union Peace Conference could escalate the already intensifying armed conflict in Arakan State.

“The AA not being able to come to the table means it would have to solve the problem militarily, and that will result in casualties on both sides. And, it will affect the lives and properties of the people. There will be so many bad consequences,” U Pe Than said.

“The AA has said it wanted to attend the Union Peace Conference. The government has excluded the AA now. It is not simple. I think the government is discriminating among ethnic nationals. This could affect the country’s peace process,” he added.

On July 21, a three-member subset of the Northern Alliance — consisting of the TNLA, MNDAA and AA, and calling their grouping the Three Brotherhood Alliance — released a joint statement signalling their desire to attend the Union Peace Conference. Their attendance was conditional, however, with the allies saying they wanted to see COVID-19 mitigation efforts in place for the meeting and would attend only “under the leadership of the FPNCC [Federal Political Negotiation and Consultative Committee], its guidance, and security guarantee.”

The 21st Century Panglong Conference is scheduled to be held from August 19-21, following multiple delays due to the coronavirus pandemic.