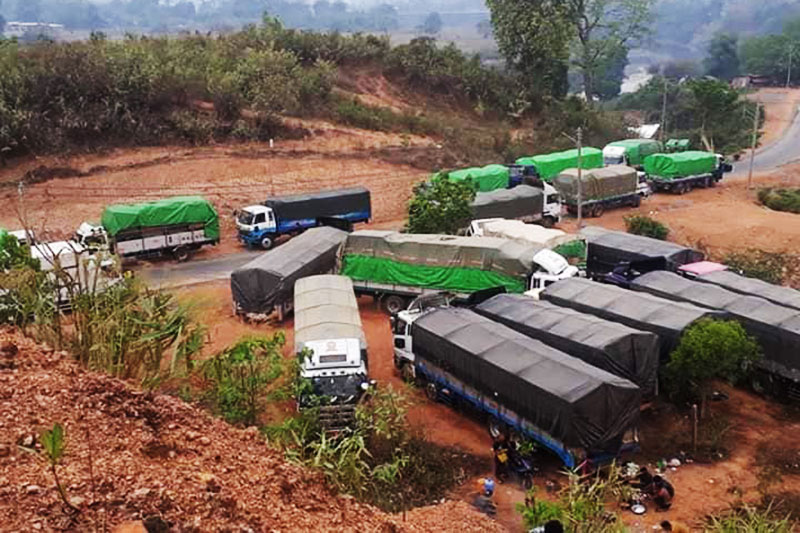 The conflict in northern Arakan State has delayed the delivery of medicines as fighting has sometimes played out along transport routes, according to pharmaceutical distributors.

Trucks carrying pharmaceuticals from Yangon to Arakan State are subject to inspection on the way and the outbreak of clashes can lead to vehicle blockades affecting major roads, both of which cause transportation delays, said U Tun Min Oo, project manager of the Ekarit Ahman pharmaceutical company.

Because the Rathedaung-Ponnagyun motor road is currently closed, transport of medicines and emergency patients have been delayed due to reliance solely on waterway routes, said Dr. Tin Myint Oo, a Rathedaung Township medical officer.

“Some medicines were damaged during waterway transport due to wetness ... Transport of cargo by car is a smooth process. Now, motor roads are closed, so transportation of pharmaceuticals is delayed,” he added.

Hostilities between the military and the Arakan Army have flared with regularity in western Myanmar of Arakan State since late 2018, and the number of civilians killed or wounded by landmines, errant artillery fire or other combat-adjacent violence continues to climb.

Hospitals in conflict zones also struggle to provide medical treatment in adverse conditions and there have been multiple reports of emergency patients dying en route to hospital care or in medical facilities ill-equipped to handle their healthcare needs.