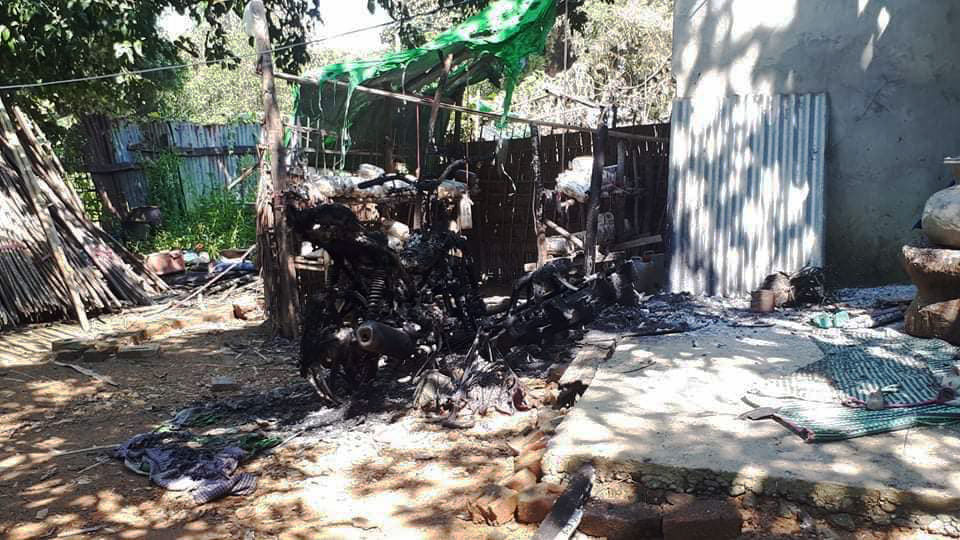 The United Nations has expressed its concern over the mass displacement of civilians from two villages in Kyauktaw Township that went up in flames amid recent fighting between the Tatmadaw and the Arakan Army (AA).

“We are following the recent escalation of hostilities in Rakhine [Arakan] State with concern,” said the UN resident and humanitarian coordinator in Myanmar, Ola Almgren, in a statement on September 8.

“The United Nations urges the parties to respect international humanitarian law and protect civilians, to allow humanitarian access to the areas affected, and to heed the Secretary-General’s call for a global ceasefire in order to enable efforts to prevent and respond to the COVID-19 pandemic,” he was quoted as saying.

Scores of homes in the Kyauktaw Township villages of Phayarpaung and Taungpauk were torched on September 3, prompting more than 1,500 locals to flee.

In a September 8 press release, the Tatmadaw True News Information Team accused the Arakan Army of setting fire to the houses.

Local villagers said the military was responsible for the fire, but in its statement the Tatmadaw rejected those allegations.

U Oo Tun Win, the Lower House lawmaker for Kyauktaw Township, said: “Only those who committed the act will know it. This event will not disappear. The truth is out there. There are many eyewitnesses in the village. These villagers will tell the truth as the villagers have no political colour. Only the voices of the innocent will represent the truth.”

“The notion that the houses were set on fire by the AA is just a groundless assertion,” said U Tha Tun Hla, a fire victim from Phayapaung village. “We saw it with our own eyes. They [the military] held the families at gunpoint and asked them to crouch on the concrete road. We were unable to record what they said as we had no recorder. Almost all the villagers are eyewitnesses to arson.”

“My brother-in-law was hiding in the house when they [the military] entered the village to set the village on fire,” said U Tun Aye Maung, the Phayarpaung village administrator. “He saw security members from the military releasing cows and setting the houses on fire.

He added: “The military has denied it. It shows they have no accountability.”

According to a September 4 statement from the Arakan Army, the two Kyauktaw Township villages were set on fire by the military. It said some people died in the blaze while others were killed by indiscriminate small arms fire.

Independent media access should be allowed in Arakan State to get to the bottom of the Kyauktaw incident, said Daw Htoot May, an Upper House lawmaker representing the township, who noted that the military and Arakan Army were each blaming the other.

“I would like to urge people to ask the people in Kyauktaw Township, which has no internet access,” she said at a discussion on September 8, referring to government restrictions on mobile internet access in seven Arakan State townships including Kyauktaw.

“They will tell you what happened there. If the foreign media were allowed to enter the region to cover the news, that would be the answer to the accusations and arguments.”