NLD delegation yet to offer talks with Arakan National Party 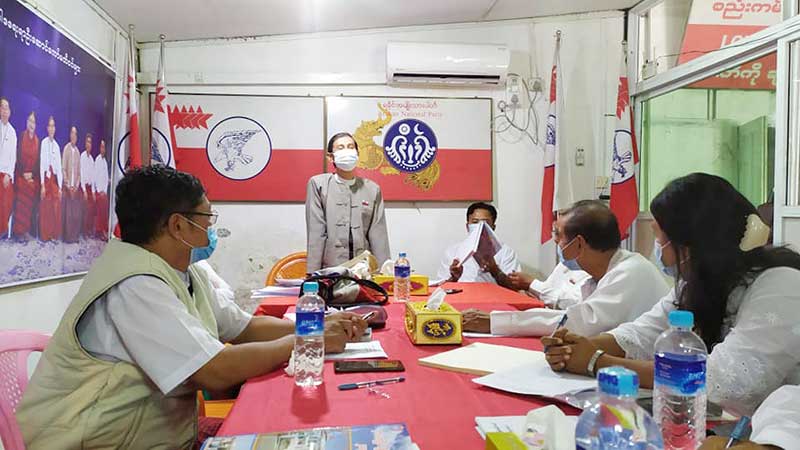 A National League for Democracy (NLD) delegation that has been holding discussions with ethnic political parties has not officially offered talks with the Arakan National Party (ANP), according to officials from the latter.

The ANP anticipates holding a dialogue with the NLD despite the fact that the ruling party has yet to formally propose talks, said ANP policy leadership committee member U Pe Than, who is also a Lower House MP.

“We expect to hold talks, but the NLD has not yet offered talks,” said U Pe Than, adding that if the ANP is not included in the government, “what we can do best is to use the strength of the parliament formed with elected lawmakers, and exercise checks and balances on the government.”

Since its second consecutive landslide election victory in November, the NLD has been sending a delegation to ethnic states to hold talks on forming a national unity government with ethnic political parties, as a step toward establishing a federal Union.

When asked whether the NLD plans to hold talks with the ANP, which won a majority in Arakan State in the November general election, NLD spokesman Dr. Myo Nyunt said: “It will be decided by party Vice Chair Dr. Zaw Myint Maung and the NLD delegation. The decision-making power is vested in them. It is up to them.”

Balloting in Arakan State was cancelled entirely in nine townships, as well as several wards and villages in four other townships, ahead of the November 8 election. As the incoming Pyindaungsu Hluttaw (Union Parliament) is set to convene on February 1, elections still have not been held in the constituencies where voting was nixed.

If the NLD’s political will is for the betterment of Arakan State, it should engage in dialogue with Arakanese political parties, said U Pe Than. It is a must for the NLD to cooperate with the ANP because the ruling party alone will not be able to bring stability to Arakan otherwise, he warned.

“If the NLD does not hold talks with the ANP on challenges and the peace process in Arakan State, it will be difficult to handle those issues. If it tries for stability in Arakan in consultation with the ANP, the biggest party in Arakan, we will be able to achieve peace and development in Arakan State, which is our expectation,” said the lawmaker.

The Arakan State Hluttaw is set to convene on February 9, at which time the parliamentary speaker and deputy speaker will be elected.