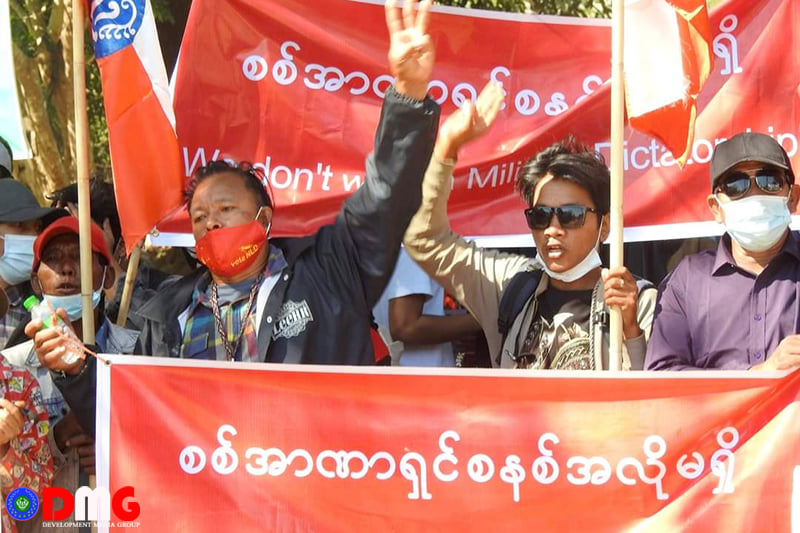 The initial hearings of two Manaung Township residents charged for protesting the military takeover will be held on February 25, according to their family members.

U Kyaw Swe and U Win Naing were arrested on February 11 following their participation in a protest that day. They have been charged under Section 19 of the Peaceful Assembly and Peaceful Procession Law, as well as Section 25 of the Natural Disaster Management Law, they said.

Maung Tin Hlaing, a family member of U Kyaw Swe, said: “The protestors who were arrested before them were released after signing a pledge [not to protest further]. I want them to be released.”

The duo are members of the National League for Democracy (NLD) in Manaung Township, family members said.

Daw Myo Myint Lwin, the wife of U Win Naing, said they are daily wage workers and cannot afford to hire lawyers.

At least 19 people in Ann, Manaung, Thandwe and Taungup townships have been arrested for participating in protests against the junta, according to family members and authorities.

On February 17, the Assistance Association for Political Prisoners said nationwide more than 460 people had been arrested and charged or sentenced by the State Administration Council, the governing body formed by the military following its February 1 coup.