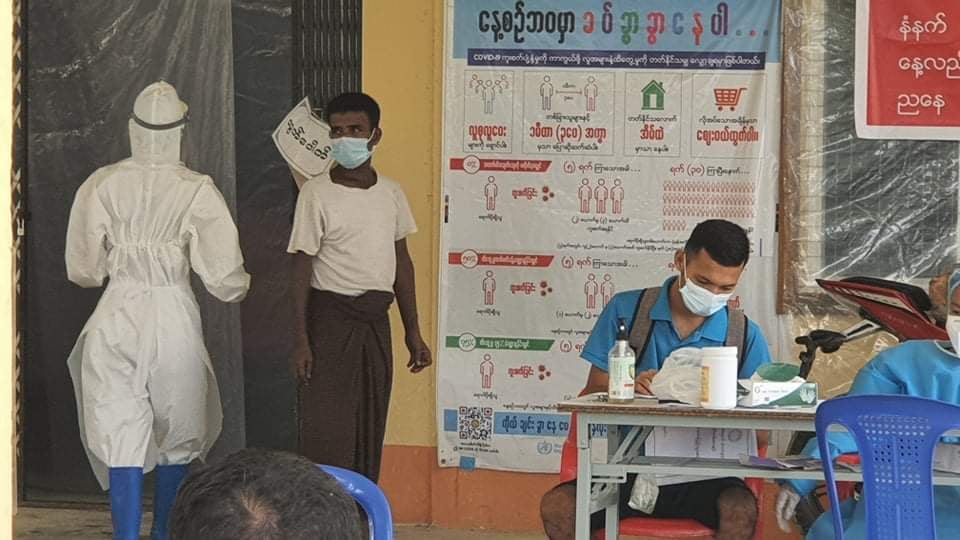 Maungdaw District Hospital in northern Arakan State is in need of oxygen supplies, according to the hospital’s superintendent, Dr. Nu Kaythi San.

“The oxygen generator is an old machine. It breaks down very often,” she said. “We’ve fixed it now. We don’t know when it will fail again. It can produce three oxygen cylinders a day. So, it is not enough for the demand.”

In an effort to meet that demand, medical oxygen is brought from the Arakan State capital Sittwe at a price of K35,000 per cylinder including transportation costs.

“We have about 60 cylinders and 10 of them run out of oxygen a day,” Ko Chit Htoo Khaing, chair of the Garuna Network in Maungdaw town, told DMG. “If there are more patients, the demand will be higher. We have to refill oxygen in Sittwe as the oxygen plant in Maungdaw is breaking down.”

At present, Maungdaw District needs an oxygen plant that can produce 15 cylinders of oxygen per day.

In Maungdaw, there were 347 coronavirus cases, five deaths and 266 patients discharged from hospital as of Friday evening, and five of the hospital patients were being provided supplemental oxygen, according to the Maungdaw District Health Department.