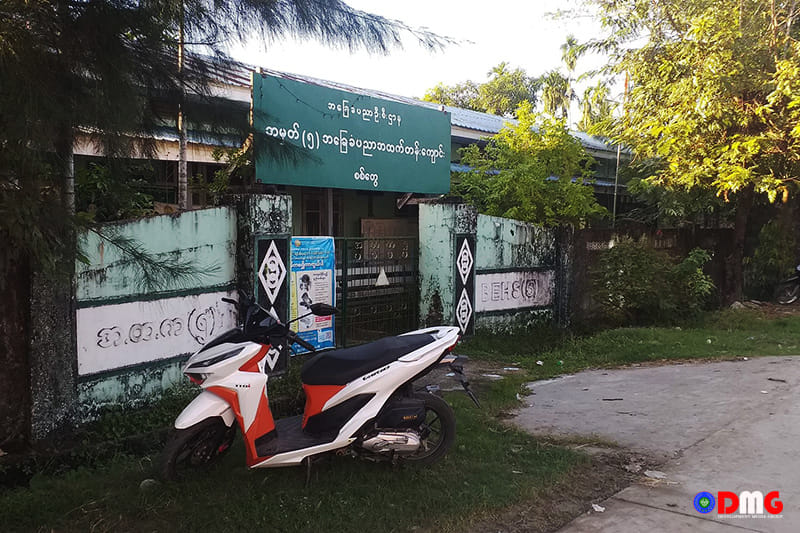 The Arakan State Administration Council says it is ready to reopen public schools and border trade camps as the Covid-19 infection rate in the state has dropped below 5%.

However, the Covid-19 infection rate nationwide has not dropped below 5%, according to U Hla Thein, a spokesperson and attorney-general for the Arakan State Administration Council.

“At the Union level, the Covid-19 infection rate is around 8%, but it is below 5% in Arakan State,” he told a press conference on October 8. “We are ready to reopen all schools and border trade camps in Arakan State. With the approval of the Union government, merchants will be notified and border trade camps will be reopened within a week or 10 days.”

The border trade camps between Arakan State and Bangladesh have been temporarily closed since July 15 due to the pandemic’s third wave, which began manifesting in June.

As of October 8, a total of 4,934 cases and 478 deaths were reported in Arakan State during the ongoing third wave, according to the state’s military council. Currently, only 68 Covid-19 patients are still receiving medical treatment.

Preliminary work is underway to reopen border trade camps in Arakan State and the input of the Health Department has been sought, according to the state’s military council.

A request has been submitted to the Union-level military government, also known as the State Administration Council (SAC), seeking the reopening of the border trade camps in Arakan State, but no response has yet been received.

With the suspension of border trade camp operations, cargo workers have been left struggling to make ends meet, and merchants have suffered significant financial losses.