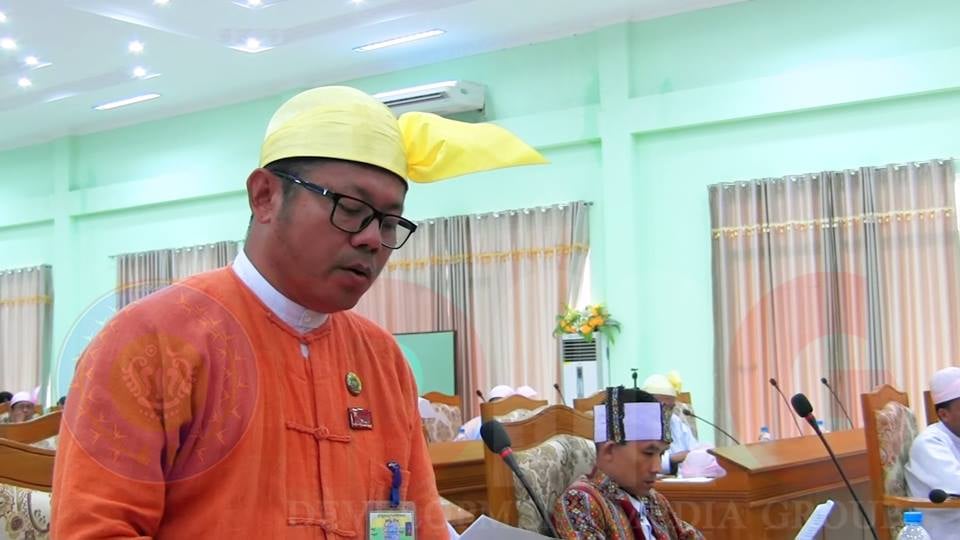 Three members of the National League for Democracy (NLD) in Arakan State’s Taungup Township including former state lawmaker U Min Aung were charged with participating in a protest against military dictatorship last month.

Police Captain Zaw Latt of the Taungup Township police force has filed a complaint with the township court against U Min Aung, township NLD chairman U Tin Thein Aung and party member Ko Thant Zin Phyo under Section 19 of the Peaceful Assembly Law, according to Daw Theingi Maung, defence lawyer for U Min Aung.

“They were charged under Section 19 of the Peaceful Assembly and Procession Law for unauthorized assembly, and under Section 25 of the Natural Disaster Management Law for organising an event that was attended by more than 50 people,” said Daw Theingi Maung.

The NLD trio were arrested after an anti-military regime protest in Taungup on February 9. Arakan State NLD vice chairman U Soe Lay said authorities are attempting to instill fear in people by taking legal action against prominent individual protesters.

“In Yangon, hundreds of thousands of people are taking to the streets. If authorities are to apply the Peaceful Assembly and Procession Law to sue protesters, there are many to be sued, not just Ko Min Aung and two others,” said U Soe Lay.

“It is not sensible to file a lawsuit under the Peaceful Assembly and Procession Law for protesting against the military coup. Frankly speaking, Ko Min Aung and the two others were taking the lead role in organising protests in Taungup Township. So, authorities detained them to instill fear in other protesters,” he added.

A court hearing is scheduled for Wednesday, according to Daw Theingi Maung.

“I will submit my power of attorney to the court on March 10. My client is not at the Taungup police station, but under military custody. So, we have asked for him to be transferred to the township police station. We’ll see if our request is granted,” she said.

More than 20 people including at least seven from Ann, nine from Taungup, two from Manaung, four from Thandwe and six from Gwa townships have been arrested in Arakan State for participating in anti-military regime protests, and most of them are NLD members, according to U Soe Lay.

They are typically being charged under Section 25 of the Natural Disaster Management Law and Section 19 of the Peaceful Assembly and Peaceful Procession Law, though other Penal Code cases have also been brought to court.