The number of Covid-19 fatalities in Arakan State during the pandemic’s ongoing third wave has more than tripled the combined total of statewide deaths in the first two waves, but the public remains weak in following virus-related regulations, an Arakan State Department of Public Health (DPH) official told DMG.

A total of 37 people in Arakan State died in the first and second waves between March of last year and late May 2021. Over a period of about two months since then, there were 128 fatalities as of July 27, according to the state’s DPH.

“Public compliance with Covid-19 rules is weak,” said Dr. Soe Win Paing, assistant director of the Arakan State DPH. “Crowds are found when [gatherings] should not be held. At the moment, the grassroots and the working class are struggling to make ends meet, but I want them to be disciplined to prevent the spread of the virus.”

Covid-19 cases have been recorded across all 17 of Arakan State’s townships, with 30 deaths in Sittwe; three each in Mrauk-U and Ponnagyun; five each in Kyauktaw, Minbya and Manaung; two each in Ann and Rathedaung; one each in Pauktaw, Gwa and Buthidaung; nine in Kyaukphyu; 14 in Thandwe; 39 in Taungup; and eight in Maungdaw. 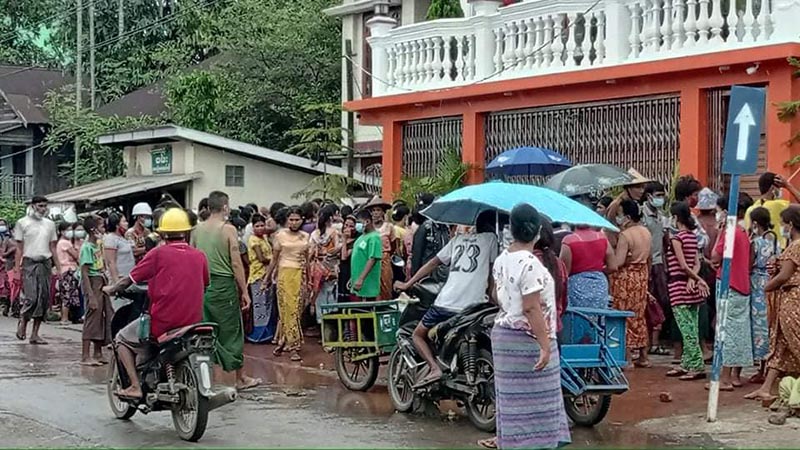 The United League of Arakan (ULA) has ordered a two-week lockdown across the state to prevent the spread of coronavirus, urging people to stay at their homes until August 4.

Some 75% of the Arakanese population is following the Covid-19 regulations issued by the ULA, but in some townships, drinking establishments remain open and are crowded as normal, ULA leader Major General Twan Mrat Naing said in a speech to Arakanese people on July 25.

He also urged the Arakan State public to strictly follow Covid-19 regulations, and instructions issued by the ULA. He also urged healthcare workers and members of the public to have mutual understanding and sympathy.