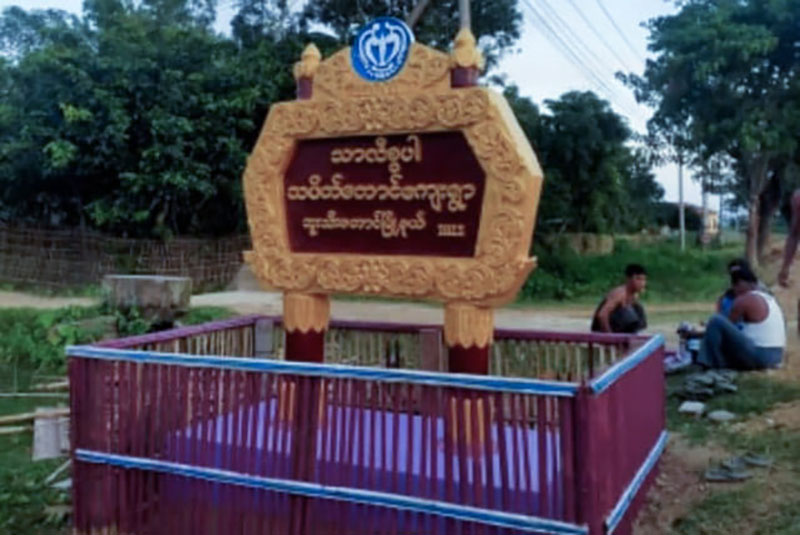 Some houses of Thabeik Taung Village in Arakan State’s Buthidaung Township were torched at around 9 p.m. on Friday, after villagers fled their homes following shelling from a local border guard police battalion.

“I heard three houses were burnt. The Myanmar military is deliberately torching houses because they want to destroy villages,” he said.

Thabeik Taung Village has over 60 houses with more than 300 people. Nearly all the villagers fled to Buthidaung town and nearby villages following the junta shelling on Friday.

Villagers dare not return to their homes as junta soldiers are still deployed in the village. And they still have not been able to contact the abbot and some villagers trapped in the village.

Myanmar’s military is committing war crimes across Myanmar including in Arakan State, and must be held accountable for its crimes, said Arakan Army spokesman U Khaing Thukha.

“The Myanmar military is torching villages across Arakan State and also across Myanmar, despite the fact that those villages are not the site of fighting. This is an old tactic of the Myanmar military. It is their ‘total destruction policy’ to torch villages if villagers rise up against them or support revolution.”

A Muslim man and woman in Thabeik Taung Village (North) were injured when an artillery shell landed in their village on Friday morning.