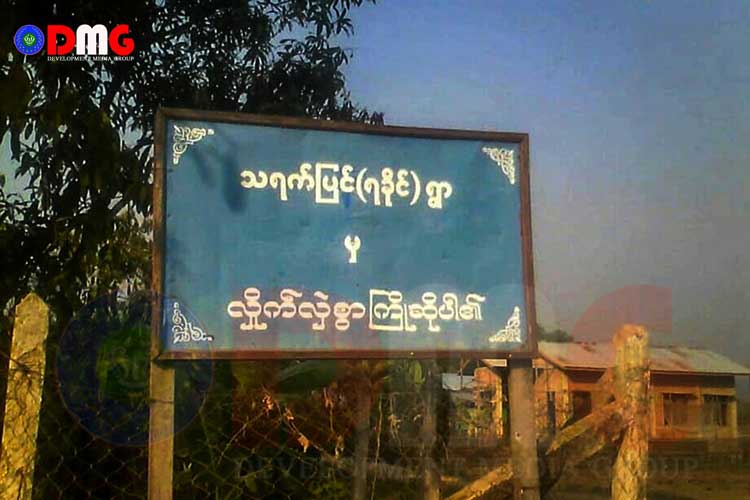 Eight men and three women got stuck near Thayat Pyin village in Buthidaung Township, Arakan State, because of fighting between the Tatmadaw and Arakan Army (AA), locals said.

As fighting broke out near Thayat Pyin village on October 5, villagers fled to safety. But 11 of them were unable to leave the village and got caught between the fighting.

“Everyone fled to another village called Ywar Thit but after the fighting those 11 villagers came back to village to take necessary things. When they arrived at the village, the soldiers from Tatmadaw set up a camp at the monastery so they all got stuck,” said U Aung Thaung Shwe, a member of Pyithu Hluttaw from Buthidaung Township.

He added that nobody has been able to make contact with the villagers stuck in Thayat Pyin village.

“It’s true that some people are stuck in the village. Currently, we haven’t made any contact yet with them so we don’t know how to help them. We are just waiting for the outcome,” U Aung Thaung Shwe said.

Locals said that the Tatmadaw shot at them when they tried to go to the village to find out the situation of 11 villagers. Now they’re too afraid to go near the village.

Locals also confirmed that fighting broke out again near Thayat Pyin village on the morning of on October 7.