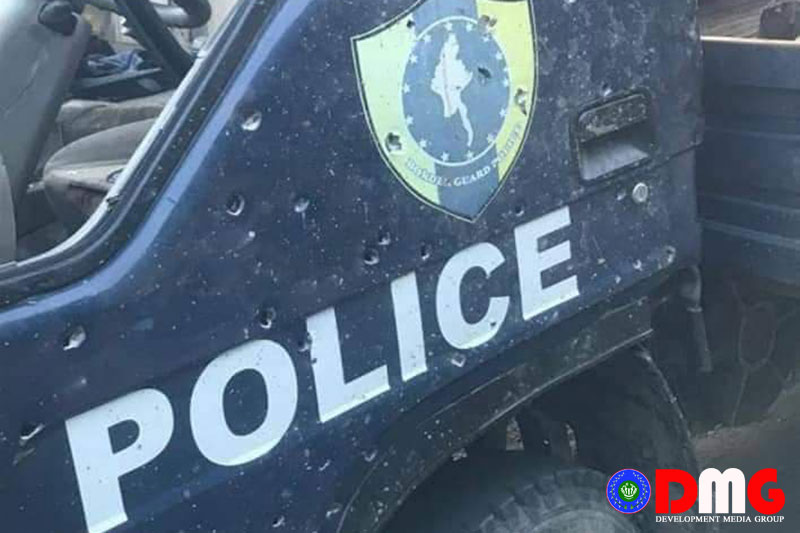 The Tatmadaw has warned officials from villagers after a convoy of prison vehicles landmines hit on Buthidaung-Maungdaw road between Thit Taw Ywar village and Light Infantry Regiment (263), villagers said.

The prison vehicles were transporting accused people who faced trial at Maungdaw district court. They were returning to Buthidaung on 24 October when the vehicles hit the landmines at a location 0.4 miles (3 furlong) from Thit Taw Ywar village. Member of the border guard force were traveling in the convoy and received injuries, two detainees also were injured.

Regarding the incident, the Tatmadaw told officials from the village to take precautions if there is a potential of landmines being buried along roads, the village’s administrator U Shwe Aung said.

“Vehicles travel on the road from 6 a.m. to 10 p.m., so we do not know who set landmines on this road. The Tatmadaw told us that we have to be responsible if detonations occur near our village. They said they would use weapons in response to future landmine explosions that occurred near our village,” the village administrator said.

Local residents are now worried for their future because of the Tatmadaw’s warning and they want the government to ensure them that they can continue living in their village.

“There’s no one in the village who has any authority over us, if we want to leave we can, or we can stay. Now we have no guarantees for our security from government officials so we feel nervous and anxious about staying in our village,” said Daw Ma Thein Nu, a resident from That Taw Ywar village.

The State-owned newspapers reported that about 10 people from the Arakan Army triggered two mines by remote control and shot guns at the convoy including prison vehicle carrying 14 police and 20 accused people that left Maungdaw township court for Buthidaung prison.

The AA’s spokesperson Khaing Thukha denied that the AA attacked the convoy of security police and the prison vehicle and said that it was an attempt by the Tatmadaw to discredit the AA and make us look like villains or bad guys.