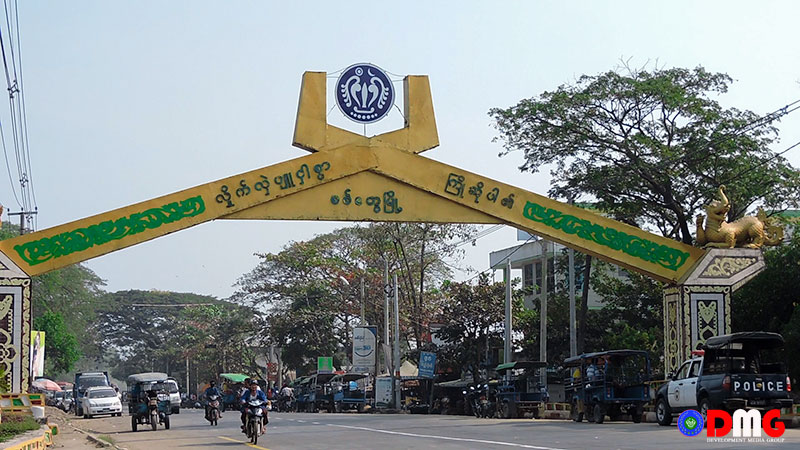 A man who returned from Bangladesh via a border trade ship was confirmed positive for COVID-19 this week in the Arakan State capital Sittwe and has been quarantined, the Ministry of Health and Sports said on June 23.

The returnee, designated as Case 292, arrived in Sittwe on June 21 and is reported to have promptly gone into quarantine at the city’s Strand Hotel. The 38-year-old male is the first reported case in the Arakan State capital.

“He stayed under quarantine once he arrived in Sittwe on June 21,” Dr. Soe Win Paing, assistant director of the state’s Department of Public Health, told DMG.

Eight people from the transporting vessel, three people from the hotel and a boatman who ferried Case 292 from the trade ship to the jetty are under quarantine, but a motorcycle taxi driver who transported him from Zay Seik (Sittwe Market) jetty to the hotel had not yet been tracked down as of June 24, said Arakan State’s Department of Public Health.

Swabs from the 12 people will be sent to the National Health Laboratory in Yangon, Dr. Soe Win Paing said.

Case 292 has been provided treatment at Sittwe General Hospital and the 12 people determined to have had close contact with him are under quarantine at Sittwe’s traditional medicine hospital.

Residents are increasingly worried about the potential for COVID-19 infections in Sittwe, western Myanmar’s biggest city, which is situated about 60 miles southeast of the border with Bangladesh.

“The disease spreads very quickly,” said Daw Mae Chay, a vendor inside the Sittwe General Hospital compound. “And I’ve heard it cannot be cured. So, I am worried about transmission of the disease. As a vendor at the hospital, I am more worried about the risk than other people.”

Through June 24, there were 11 patients reported positive for COVID-19 in Arakan State: one each in Sittwe, Taungup and Thandwe townships, six patients in Maungdaw Township and two patients in Buthidaung Township. The patient from Thandwe was discharged from hospital on June 17 as he had recovered.