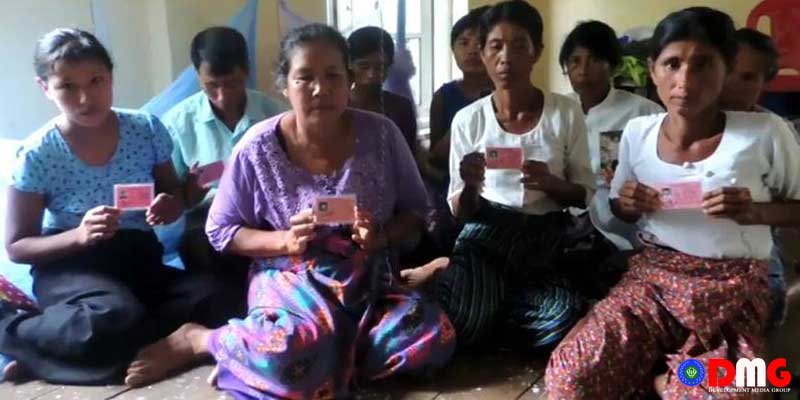 Eight villagers who are currently being detained at the Dhanyawadi Naval Base in Kyaukphyu Township, Arakan State, are facing charges under Myanmar’s Counter-Terrorism Law, according to the Kyaukphyu Myoma police station.

“Two youths were handed over to their parents as they were linked to the case. The remaining eight men have been charged under the Counter-Terrorism Law,” the police captain confirmed.

A case has been opened against the seven Kat Thabyay villagers and 100-household head U Hla Myint from Sai Chone Dwein village under Section 50(a) and Section 52(j) of the Counter-Terrorism Law, according to the Kyaukphyu Myoma police station.

Daw Hme Ni Phyu, the wife of detainee U Hla Myint, said she was worried for his safety as no one from the family had been able to meet with him since his arrest last month.

“The military troops arrived in the village and summoned villagers including my husband to the school for interrogations. I was with my husband when the military called him. When some villagers returned from the school, I asked them about my husband. They said my husband was allegedly taken by the military to Thitpotetaung,” Daw Hme Ni Phyu said, referring to part of the naval base.