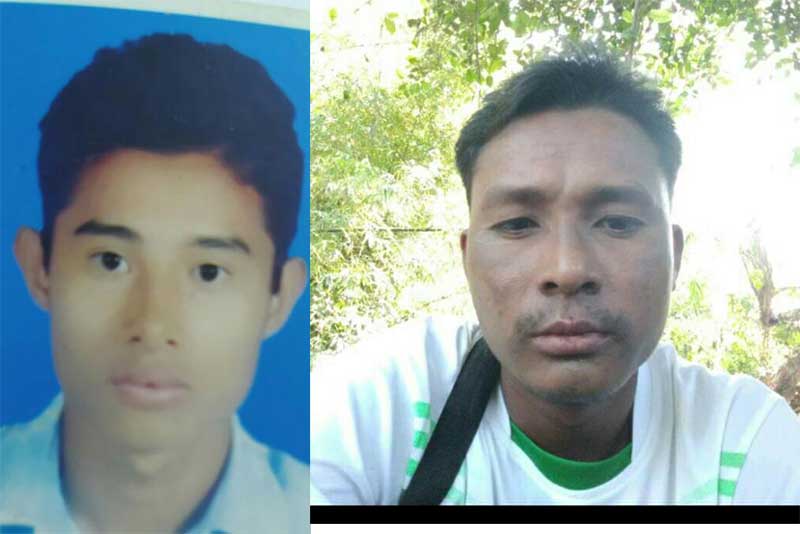 Family members have asked the Myanmar Army to release two detainees from Zin Chaung village in Arakan State’s Kyaukphyu Township, saying the military was within its rights to take action against the accused if it finds them guilty of wrongdoing.

Ko Maung Aye Naing, 37, and Ko Win Naing, 27, are currently being held in Myanmar Army custody, with family members expressing concern for the detainees’ safety as it has been a full week without any official information about them.

“I heard they were brutally tortured in military detention. They are unable to speak and their condition is considered life-threatening, I was told by one of the security personnel from the military,” said a family member of Ko Maung Aye Naing.

“I want to meet my younger brother,” said Daw Win Win Kyi, elder sister of Ko Win Naing. “They are innocent. I want to know why they were arrested. I am worried about their safety.”

A total of four people from Zin Chaung village were taken by a contingent of military and police personnel at about 4 a.m. on July 7, according to family members of the detainees.

Ko Win Thein Aung and his brother were released from a police station in Zin Chaung village-tract on the same day, but Ko Maung Aye Naing and Ko Win Naing have been held in military detention since then.

DMG attempted to contact Brig-Gen Zaw Min Tun from the Tatmadaw True News Information Team seeking comment on the detentions, but he could not be reached.

Military spokespeople frequently tell the media that those arrested by the military on suspected ties to the Arakan Army will have action taken against them, while anyone detained but found to have no links to the ethnic armed organisation is released.

Last month the military arrested eight residents of Kat Thabyay and Sai Chone Dwein villages in Kyaukphyu Township on suspicion of having links to the Arakan Army. The military handed the eight men over to the Kyaukphyu Myoma police station on July 4 and opened a case against them under the Counter-Terrorism Law.