In detainee’s death by hanging, a familiar explanation is proffered 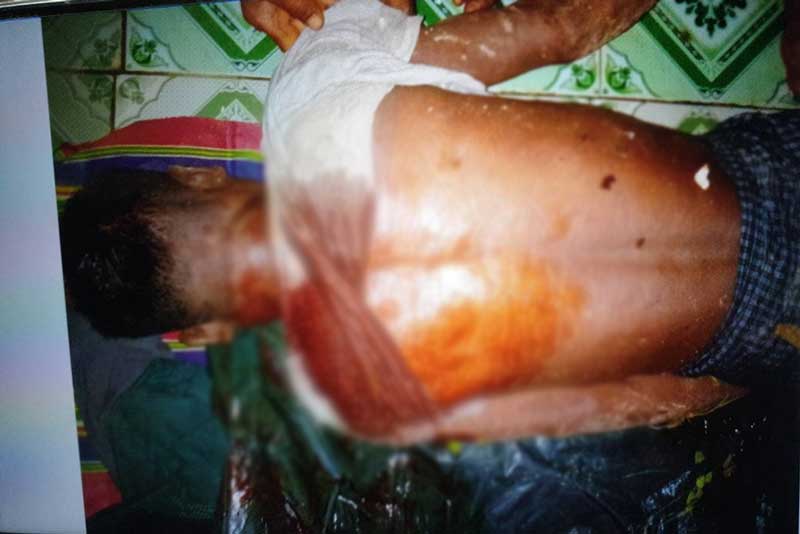 The family of a villager in Arakan State who died by hanging while in military custody says it has no faith in the Tatmadaw’s official explanation for his violent demise.

But U Kyaw Hlaing, the victim’s brother-in-law, said that because U Soe Myint Tun’s body was returned to the family with injuries to his head and neck, and a gunshot wound to his left hand, he is assumed to have been killed.

U Kyaw Hlaing conceded that injuries from a rope tied around the neck did appear to have been the cause of death. However, he added: “Injuries were also found on his face.”

“The army detained them separately, in the military camp. He died in the confined camp by hanging,” the police major said.

Military explanations of detainees’ purported self-harm up to and including suicide are nothing new: The Tatmadaw True News Information Team issued a statement last year claiming that a detainee from Letkar village in Mrauk-U Township hanged himself while in military custody. And in March, a detainee was described by the Tatmadaw as having killed himself by repeatedly bashing his head against a wall.