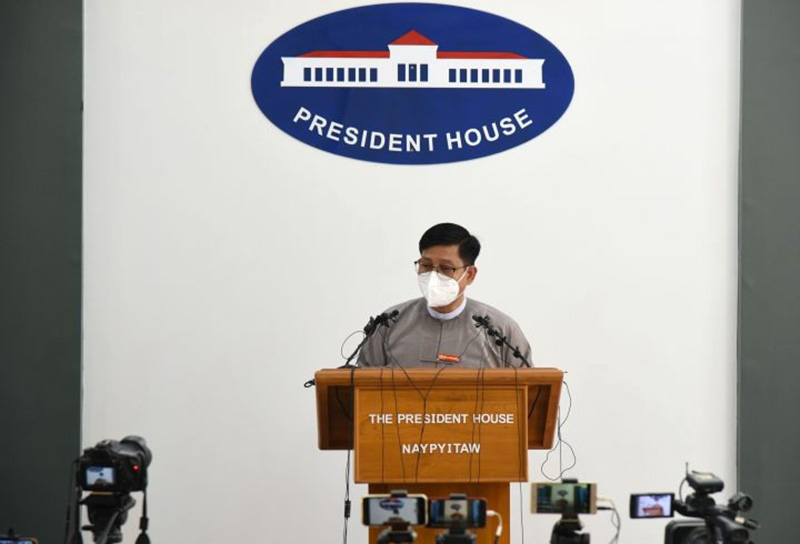 Government spokesman U Zaw Htay has pushed back against preemptive critiques of Myanmar’s upcoming general election as unfair, speaking during a press conference held at the President’s Office in Naypyidaw on November 4.

The director-general of the Ministry of Office of the State Counsellor said it was “noticeable” that there were “synchronised movements to undermine the multiparty democracy general election” in the lead-up to the November 8 vote.

“In recent days, some people have criticised the advance voting process. Some filed lawsuits. It is necessary to investigate such cases under the law. The people and organisations who and which encroached on the successful holding of the election will emerge soon,” he added.

However, he did not disclose the names of any specific organisations or individuals.

U Zaw Htay did acknowledge some Union Election Commission (UEC) shortcomings, while he said “is an independent body and shall not be responsible to the Union Government,” the state-run Global New Light of Myanmar reported on Wednesday.

“Weakness can be seen at different levels of the election commission. They have had challenges. The commission has limited human resources. ... So, it is necessary to give a helping hand to the commission for improvement and systematic measures,” he said.

He added that it was the responsibility of all stakeholders to strive for holding elections soonest in areas where voting will not be held on November 8, with “no-election” swaths of the country including several Arakan State townships.

U Zaw Htay also offered a rare rebuke of the military and its leader, Senior-General Min Aung Hlaing, with The Global New Light of Myanmar reporting: “He [U Zaw Htay] remarked that the announcement of Tatmadaw and the interview of Commander-in-Chief of Defence Services with the Popular News media fail to meet the provisions of Constitution and the existing laws.”

Days earlier, the Office of the Commander-in-Chief of Defence Services released a statement expressing doubts about the processes of the UEC, which is charged with ensuring free and fair elections. Snr-Gen Min Aung Hlaing followed the statement up with an interview in Popular News Journal, in which he accused the government of making “unacceptable mistakes” in its handling of election preparations.