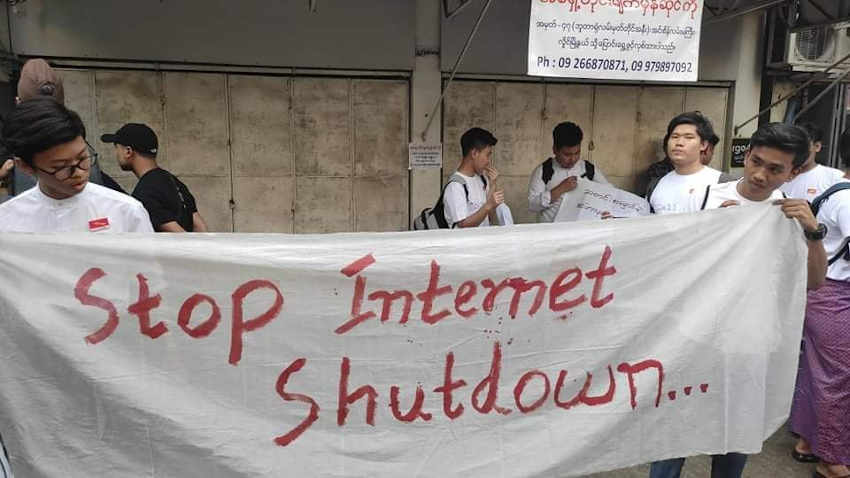 A proposal urging the Union government to restore 4G internet in those Arakan State townships where only 2G internet is currently provided was submitted to the Arakan State Hluttaw on January 14.

U Maung Than Sein, the Arakan State Hluttaw lawmaker for Kyauktaw Township who put forward the proposal, said imposing what is functionally an internet shutdown in some Arakan’s townships is government misconduct.

“The government’s decision on internet shutdown amounts to pushing Arakanese people outside of Myanmar’s society as the government has hatred toward them,” he said.

U Aung Kyaw Htwee, an Arakan State Hluttaw lawmaker for Pauktaw Township, seconded the proposal and the legislature agreed to debate it as there were no objections.

The internet restrictions began as a result of conflict between the Tatmadaw and Arakan Army, and fighting has ceased for the time being alongside growing prospects for achieving peace, U Aung Kyaw Htwee noted.

“The internet ban affects students and other people. You all know that local and foreign organisations as well as political analysts are talking that the government should unconditionally lift the ban, which is the longest lasting in the world,” he said.

Dr. Myo Nyunt, a spokesperson for the National League for Democracy (NLD), which won a ruling majority in Myanmar’s November 2020 general election, has previously told DMG that the internet ban might be lifted in the affected Arakan State townships if security there improves.

The government imposed an initial internet shutdown in the Arakan State townships of Buthidaung, Maungdaw, Rathedaung, Ponnagyun, Kyauktaw, Myebon, Mrauk-U and Minbya, as well as Paletwa Township in Chin State, on June 21, 2019.