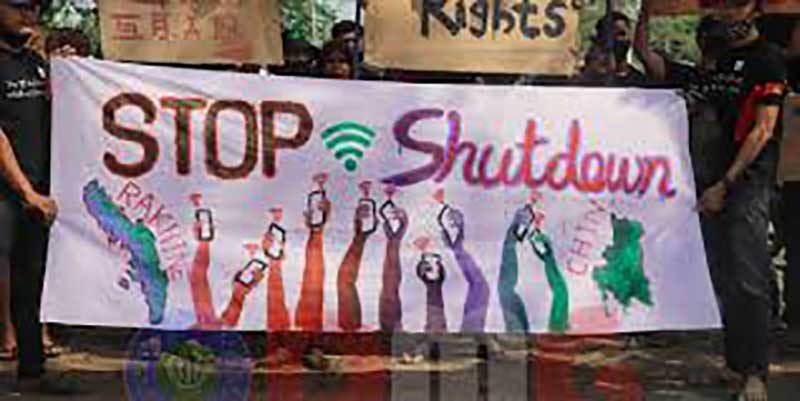 The Arakan State Hluttaw has endorsed a proposal urging the Union government to restore 4G internet services in parts of the state currently denied that access as more than 600,000 people in the area have lost rights to information as a result of the existing online restrictions.

Arakan State lawmaker U Maung Than Sein of Kyauktaw Township, who submitted the proposal, said government-imposed internet restrictions amounted to pushing Arakanese people outside of Myanmar society with malice.

Arakan State Hluttaw lawmaker U Hla Thein Aung of Minbya Township said the government needed to restore 4G internet services, emphasising the desire of the people as the incumbent government was elected by the people.

The Arakan State Hluttaw endorsed the proposal on January 19 without objection.

Arakan State lawmaker U Aung Kyaw Htwee in Pauktaw Township said: “Myanmar has a Human Rights Commission, but it is silent on the internet shutdown and violations of human rights due to war. This amounts to the commission itself being complicit in breaching human rights.”