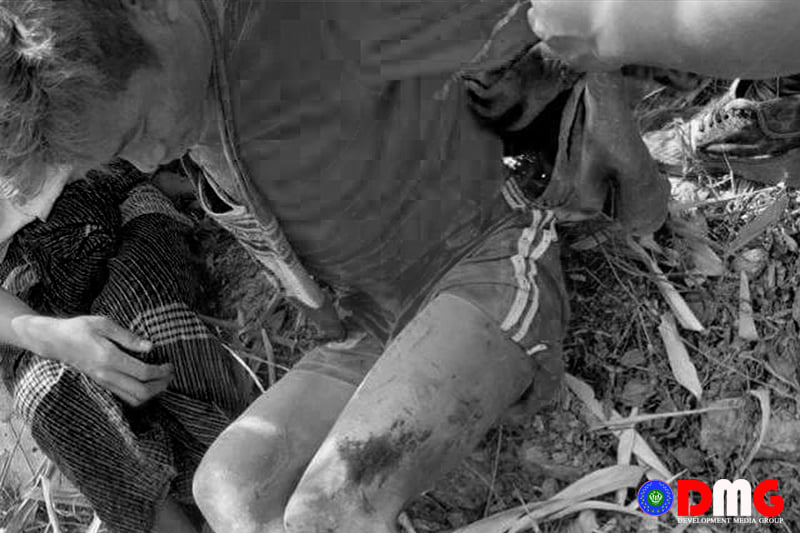 Some workers who were working to repair a border fence at a location between mileposts 36 and 37 at Taung Pyo, in northern Maungdaw Township, Arakan State, stepped on a landmine on February 22 and were injured.

The group of workers was clearing brush near the border fence on Monday morning, and a worker stepped on a landmine at about 8 a.m.

“A worker stepped on a landmine and suffered severe injury to his leg,” said U Soe Aung, chair of the Maungdaw District Administration Council.

Ko Maung Tun, an 18-year-old resident of Pankonema village in Buthidaung Township, is one of the workers who were repairing the border fence, and was also severely injured.

He was admitted to Sittwe Hospital on the morning of February 23, said Dr. Nu Kaythi San, head of the Maungdaw Township Medical Service Department.