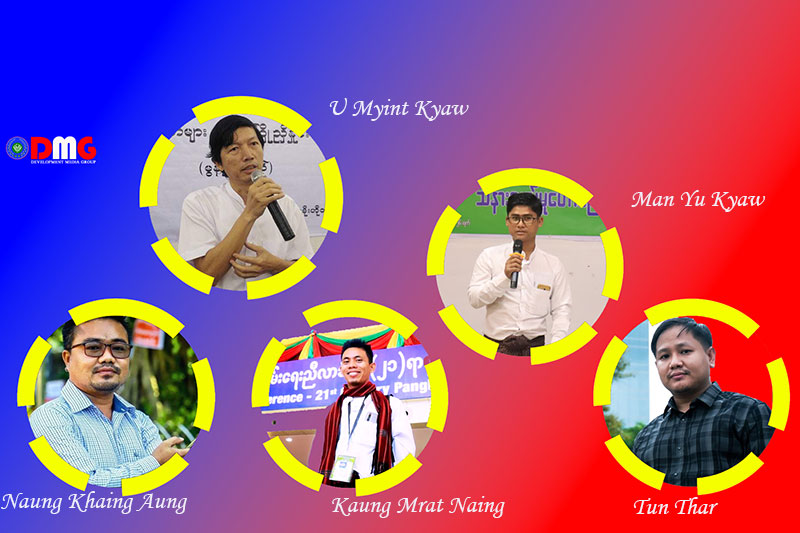 The Myanmar military regime’s oppression of independent media outlets since its coup on February 1, 2021, is well documented. The junta has raided media agencies’ offices, revoked their licences, and arrested and prosecuted dozens of journalists.

To be more precise, more than 100 journalists have been detained in the aftermath of last year’s coup. Some of them have died in custody, several have been sentenced to lengthy prison terms, and many are still on trial or awaiting the inevitable start of official court proceedings. Countless others have fled the country, facing arrest warrants or simply fearing that their ability to do their jobs is impossible under the current regime. It is in this context, on World Press Freedom Day commemorated May 3, that DMG spoke to journalists about the situation in Myanmar.

Some news agencies were forced to cease operations. Some have had their licences revoked, and some stopped operations due to the risk of being arrested. If you are a journalist, there is a 70 percent risk of getting arrested now. Though the risk of getting arrested typically depends on the type of media agency you are working for and how it presents its reports, if you are from an independent media agency, it is 70 percent likely that you may get arrested.

Many journalists have fled to neighbouring countries or third countries, and journalists who remain inside the country have to take utmost caution. More than 50 journalists remain under detention on World Press Freedom Day. Other journalists dare not speak openly like they did before. For the sake of press freedom, I want to urge journalists not to quit. And I am proud of all the journalists operating as independent news media. And I also recognise journalists who continue to engage in professional journalism despite the risk of getting arrested.

Since the military coup, the military has shut down news outlets across Myanmar and imprisoned journalists. Reporters have been threatened or prosecuted by the junta. Faced with such dangers, it can be said that the whole of Myanmar is now completely deprived of its freedom of the press. There are three main news outlets in Arakan State and all three major news outlets, including Western News, are facing trials. Given the principle of freedom of the press and the fact that journalists are going into hiding, what we want on World Press Freedom Day is to give our journalists the freedom to report.

We, the journalists, are not writing for anyone in particular, but rather for the good of the people and our country. Allow reporters to report freely, as journalists are not working on a partial basis. A country can only prosper if it has the correct and accurate flow of information. Therefore, we would like to say that the media should be allowed to ask questions freely and the news should be allowed to flow.

After the military coup in Myanmar, I think it can be said that journalists and the media are facing the worst situation in the history of Myanmar.

Whether the junta or a democratic government considers itself to be a government truly representing the voice of the people, it must listen to the voices of the people by allowing freedom of speech, freedom of expression. The [ideal] government recognises the role of the media and wants the media to be given full freedom in accordance with existing media law. Some Arakan media have been sued under the NLD [National League for Democracy] government. There have also been cases filed [since the coup]. I would like to ask that all these cases be dropped as [the defendants] have not committed any crime.

It can be said that freedom of the press has been lost in Myanmar since the military coup because after the military coup, the media has had to weigh [its editorial decisions] a lot with the military in mind. When the military has full authority, they [journalists] can be arrested at any time. As a result, reporters have to be very careful when writing about the military.

Reporters also need to be careful when covering government news. This is because it is difficult for any government to contact journalists to verify their coverage when journalists are considered their enemy. Reporters are being accused of being biassed when they write in the face of such difficulties, such as not having their phone calls answered by government officials. As a result, even if we want to write the news in a fair way, we may not be able to publish the views of the government and the military.

On World Press Freedom Day, I would like to demand that journalists from all over Myanmar, including Arakanese journalists, be granted the right to freedom of expression. Since the media is the fourth pillar of a country, I want to be able to write freely because it is a very important pillar for the development of a country; a village; a city.

The problem for every journalist is intimidation. Authorities have amended the law in various ways and threatened journalists. Some journalists were arrested in mainland Myanmar. Government officials have sued some media outlets’ leaders in Arakan State. The arrest of journalists after the military coup is believed to have severely hampered freedom of the press.