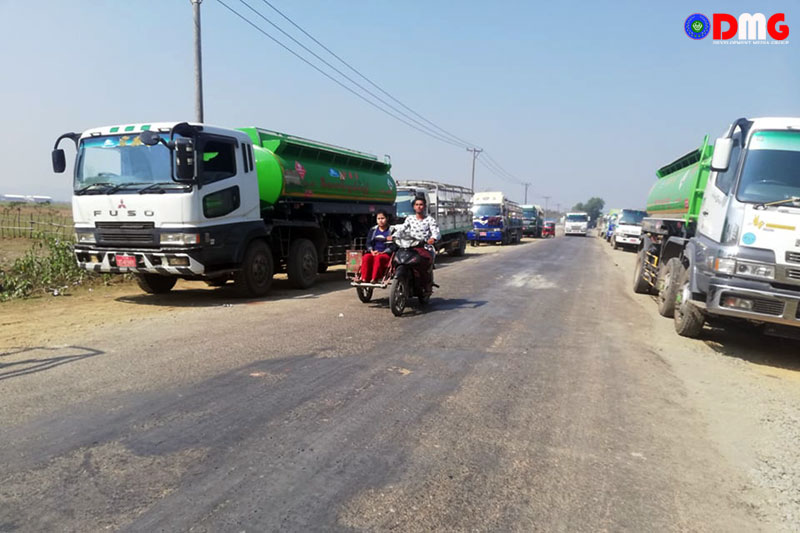 Tatmadaw and Arakan Army troops engaged in an intense bout of hostilities along a mountain range near Rar Maung Bridge in Minbya Township at about 2 p.m. on February 22, the AA said.

Phar Pyo village administrator U Mya Tun said the clash, which took place between the villages of Min Ywar and Phar Pyo, forced people from those settlements into hiding, as well as at the nearby villages of Htauk Chay, Myit Nar and others.

“People are concerned for their safety and the risk of destruction of Tha Lone Daw Pagoda. Villagers did not get enough time to flee, so they are hiding in safer places,” he said.

DMG phoned Colonel Win Zaw Oo, spokesperson for the Tatmadaw’s Western Command, to seek comment on the clash, and he responded, “The fighting occurred there because the AA is existing there.”

Asked about the helicopter attack, he said: “We are fighting. So, we will try to win the war.”

Fighting between the Tatmadaw and AA has displaced more than 100,000 civilians since the end of 2018. Additionally, over 130 civilians have been killed and more than 360 injured, according to the Arakan Students’ Union (Universities – Yangon).