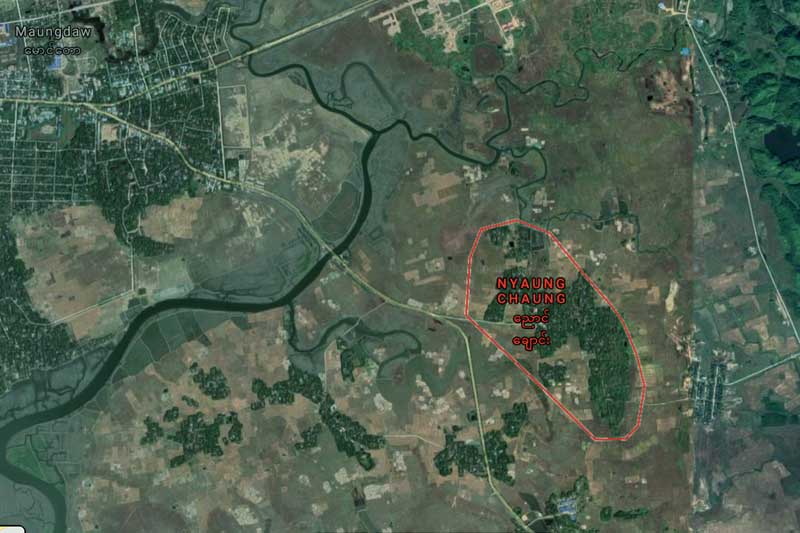 A Muslim man was killed when he stepped on a landmine on the afternoon of February 26 as he was taking his cattle to graze near the Nyaung Chaung border police checkpoint in Buthidaung Township, northern Arakan State.

“When we heard the explosion, we didn’t know if it was artillery firing or landmine. Later, we found out that he stepped on the mine. He bled to death while he was being taken to hospital,” U Shwe Hla Aung said.

An anonymous Nyaung Chaung resident said there was heavy weapons and small arms fire from the Nyaung Chaung camp of the Tatmadaw toward nearby mountains on February 26.

Since December 2018, more than 130 civilians have been killed and over 360 injured by stray gunfire, landmine explosions and artillery fire, according to the Arakan Students Union (Universities – Yangon); collateral casualties of the ongoing conflict between the Tatmadaw and Arakan Army.