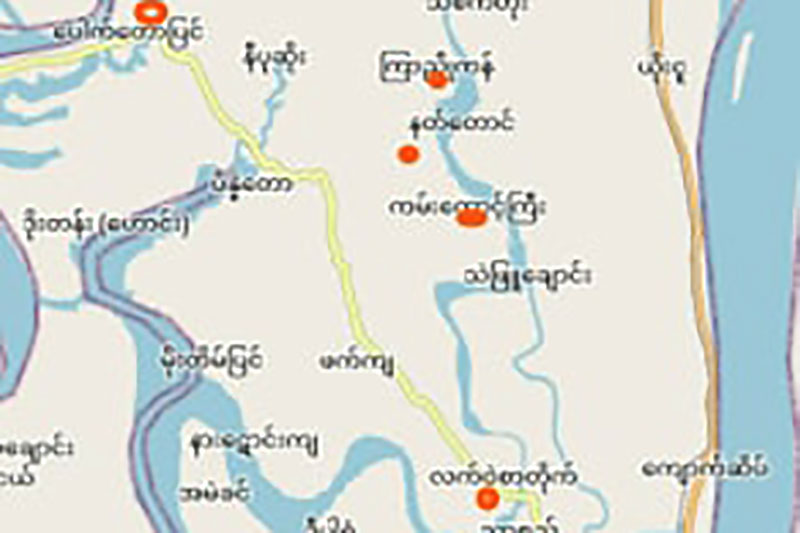 Hundreds of residents of Kyanyokan village in Ponnagyun Township, Arakan State, fled their homes on May 1 amid a hail of artillery shells and small arms fire, according to locals.

More than 400 people fled to nearby villages such as Nat Taung and Kan Htauk Gyi, said a Kyanyokan villager who asked not to be identified.

“Light Infantry Battalion No. 550 based in Ponnagyun town was shooting in the morning. Artillery shells and bullets landed near and inside the village,” the villager said.

Some men and village elders remain in Kyanyokan, which is home to more than 500 people comprising over 150 households.

There were no reports of fighting near Kyanyokan village and the military’s No. 550 Battalion was launching rounds from Let Wae Sar Taik, said Amyotha Hluttaw MP U Khin Maung Latt from Ponnagyun Township.

DMG phoned Brigadier-General Zaw Min Tun of the Tatmadaw True News Information Team and Colonel Win Zaw Oo, spokesperson for the military’s Western Command, to seek comment regarding the gunfire, but they could not be reached.

The number of civilians in Arakan State displaced by armed conflict between the Tatmadaw and the Arakan Army has topped 160,000, the Rakhine Ethnics Congress (REC) said on April 30.

Meanwhile, the Arakan State government has reportedly issued a directive stating that shelters for IDPs are not to be built without first receiving permission from the state government.