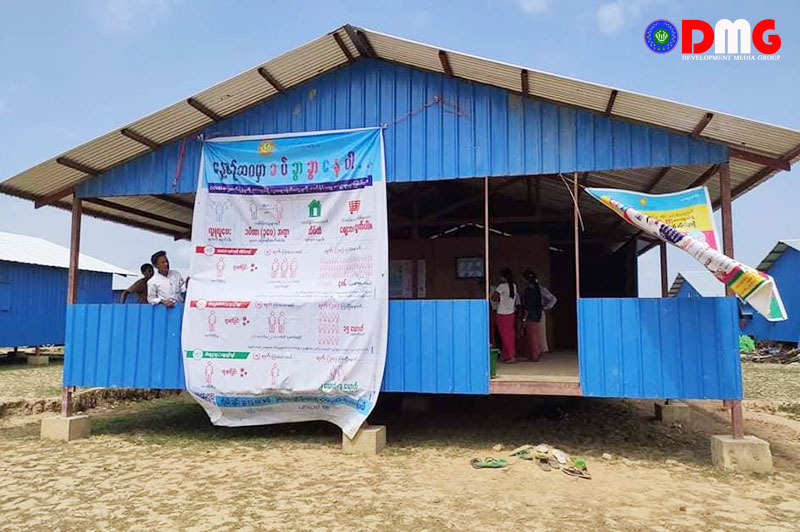 Diarrhoea has broken out at the Myaung Nar IDP camp in northern Arakan State’s Buthidaung Township, according to the manager of the camp.

There is no drinking water well for the camp, which was set up by the government and is sheltering more than 400 IDPs, said camp manager U Wai Thar Khaing. In the absence of a convenient source of potable water, camp inhabitants are using water meant for cattle at the nearby Myaung Nar (Muslim) village.

Nine men and 24 women at the camp are now suffering diarrhoea, U Wai Thar Khaing said.

“Health workers visit the camp once a week. The main reason is unclean water. Another factor is the low-quality toilet,” he said.

Health Department staff checked people in the camp on May 3 and provided medicines.

U Than Aung, administrator of the Thapeiktaung village-tract, said personal hygiene practices among area residents were deficient and the water they have access to is not suitable for drinking.

U Hla Shwe, the deputy administrator for Buthidaung Township, said the government must arrange to make clean drinking water available for IDPs and also needs to repair toilets in the IDP camps.

Conflict between the Tatmadaw and the Arakan Army continues to plague Arakan State, and has resulted in more than 164,000 IDPs, according to the Rakhine Ethnics Congress.