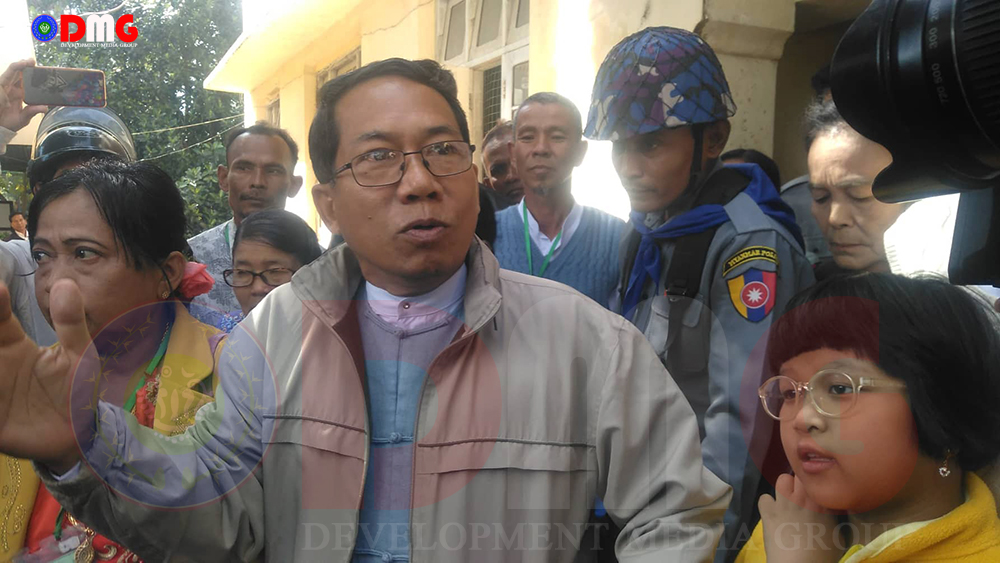 The Union Election Commission on May 18 announced the termination of Dr. Aye Maung’s status as a Pyithu Hluttaw lawmaker for Arakan State’s Ann Township and declared him ineligible to contest future elections, citing his 2019 conviction on high treason and incitement charges.

The Sittwe District Court on March 19, 2019, found Dr. Aye Maung guilty under sections 122(1) and 505(b) of the Penal Code, covering treason and criminal incitement, respectively. He remains behind bars serving out a 20-year sentence after multiple appeals were rejected, including a last-ditch effort that went before the Supreme Court in January.

The UEC said Dr. Aye Maung was stripped of his status as an elected MP for violating the Pyithu Hluttaw Election Law, and is barred from holding future elective office as a member of the national Parliament, or state or regional legislatures.

The March 2019 conviction stemmed from a speech Dr. Aye Maung gave at a public event in Rathedaung Township in 2018. The author Wai Hun Aung was also convicted and given an identical sentence, also for remarks he made at the event.

Both men are currently serving out their prison terms in Yangon’s Insein Prison.

A prominent player in Arakan State politics, Dr. Aye Maung was the founder and former chairman of the Arakan National Party. He was elected to his seat representing Ann Township in the Pyithu Hluttaw in an April 2017 by-election.