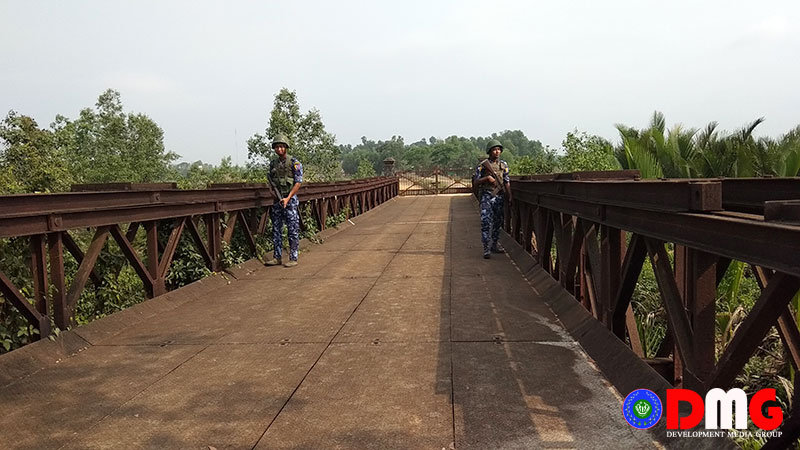 A Muslim and a Hindu arrived in Maungdaw on June 4 and another two Muslim men arrived on the afternoon of June 5, according to the district’s General Administration Department.

“Once we heard of their arrival, authorities from the Health Department sent them to Hla Phoe Khaung transit centre to place them under facility quarantine to prevent them from having contact with residents,” said U Soe Aung.

Swabs from the two men who arrived on June 4 were sent to the national laboratory to screen for COVID-19, but swabs from the other pair have not yet been submitted for analysis.

Public criticism has been raised over the relevant authorities’ failure to stop illegal arrivals even as the official repatriation process between Myanmar and Bangladesh has been suspended due to the COVID-19 pandemic.

“It is important not to have corruption at the border gates,” said U Ba Thar, a Maungdaw town elder. “More people will enter illegally because the infections are high in the neighbouring country and the number of people in refugee camps who are infected with the disease and die is also increasing. If Border Guard Force personnel do not take bribes, no one can enter the region.”

However, the Maungdaw District administrator said it was difficult to control such a long border, adding that the illegal entrants would not have had to pass through an official border crossing to get to Maungdaw.

The four men are former residents of villages in the Shwe Sar village-tract of Maungdaw Township who fled to Bangladesh during the 2017 violence.

A family of five illegally entered Maungdaw Township on May 30 and one man tested positive for COVID-19. He and 34 people who had close contact with him are now under quarantine, according to the Maungdaw District Public Health Department.

The family reportedly entered the region via a path heading to Late Ya and Zeebinchaung villages, DMG has found after investigation.

So far there have been three confirmed COVID-19 cases in Arakan State; one each in Thandwe, Taungup and Maungdaw townships.