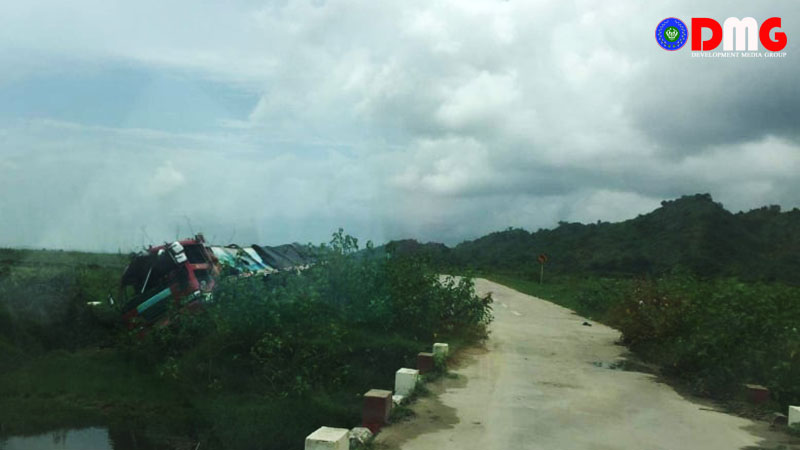 Three police officers and a civilian were killed in an attack by the Arakan Army (AA) on a convoy of border guard police near Koetankauk village in Arakan State’s Rathedaung Township on June 22, according to a Tatmadaw press release.

The trucks carrying border guard policemen en route from Inn Din police outpost were reportedly ambushed by the Arakan Army near Koetankauk village on the Agnumaw-Maungdaw road on Monday evening, resulting in the exchange of fire that killed the policemen, the Tatmadaw’s statement said.

A civilian and four border guard police officers were also wounded in the clash, the Tatmadaw said in its statement.

The deceased civilian was a driver who transported border guard police and the injured civilian is his co-worker. The dead man has been identified as U Saw Myo Aung from Pyar Le Chaung village in Sittwe Township.

The truck carrying border guard force members and U Saw Myo Aung was attacked by the Arakan Army while returning to Sittwe from Maungdaw after transporting commodities to the border town, according to residents.

U Saw Myo Aung’s body was sent to the public hospital in Maungdaw for medical examination, according to Maungdaw residents.

As of the evening of June 23, the Arakan Army had not yet released any statement regarding the attack on the border guard police’s convoy.