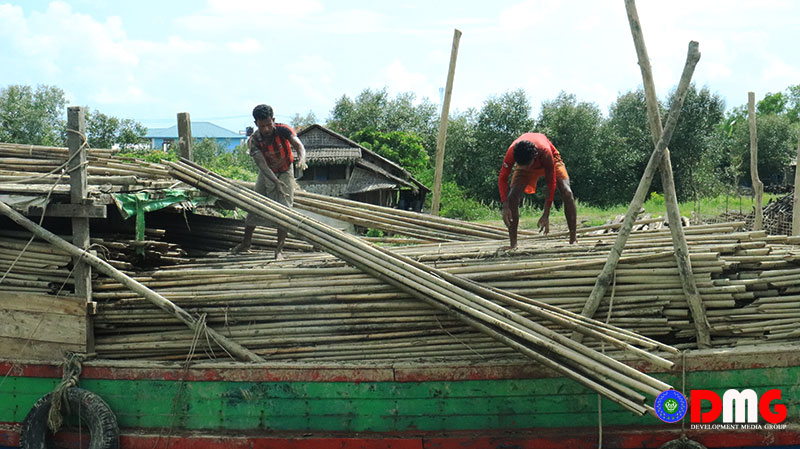 A total of 435 tonnes of bamboo from Arakan State, worth US$34,800, was exported to Bangladesh in the 2019-20 fiscal year, according to the Maungdaw border trade camp.

Bamboo was exported through March but shipments were suspended in April and May due to the COVID-19 outbreak, said U Thar Tun Sein, assistant director of the border trade camp.

“Boatmen who transported the goods were put under quarantine when they returned from their business trips, so we had to suspend operations,” he told DMG, adding that some bamboo exports had resumed this month.

In addition to the disruption caused by COVID-19, bamboo cutters are also opting for other jobs due to ongoing clashes in the region, said U Zaw Naing Oo, chair of the Bamboo and Nipa Palm Manufacturers Association in Buthidaung Township.

“There are clashes near villages. And artillery shells and landmines are exploding in the affected areas. So, we do not dare go to the forest to cut down bamboo. It is not convenient for us to cut bamboo near the village,” said Ko Aung Tun Thein, a bamboo cutter from Pyin Chaung village, where many residents work as bamboo cutters. fy