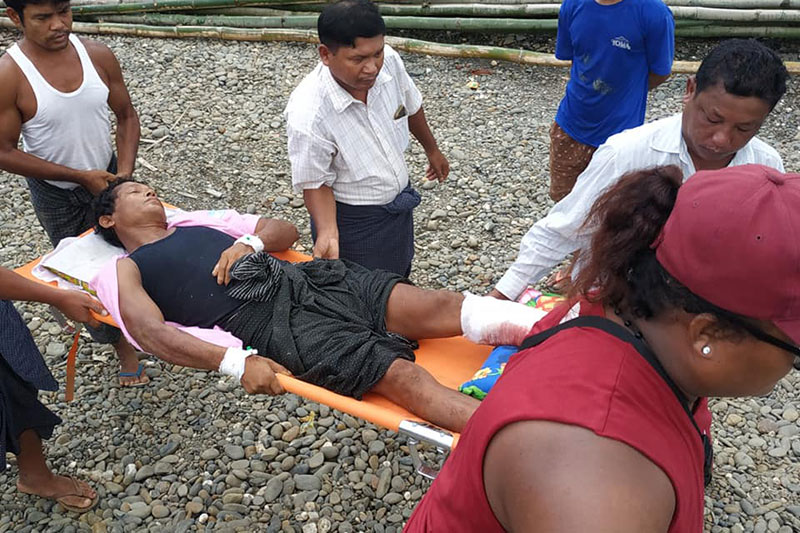 Armed conflicts between the Myanmar military and ethnic armed organisations were accompanied by 446 cases of human rights violations in the six months from January through June 2020, according to 13 watchdog groups reporting on the issue.

“People are the victims in this fighting,” said Ko Tin Oo, secretary of the AASYC. “Civilians were arrested and tortured for reasons based on [alleged] connections with ethnic armed organisations. Some of them died in detention. With regard to armed conflicts, civilians have had their human rights violated.”

The Tatmadaw and ethnic armed groups engaged one another in most of the states covered by the human rights reporting effort, with hostilities concentrated in Arakan, southern Chin and northern Shan states in the first half of 2020. Civilians in these states have borne the brunt of the conflicts’ impacts, with noncombatants illegally arrested, forcibly displaced and even tortured, the 13 groups said.

“The Myanmar Tatmadaw mainly violates human rights, and ethnic armed organisations commit human rights violations as well,” said Ko Tin Oo. “In this regard, it is necessary to take responsibility and accountability, to punish the perpetrators. They have to abide by international laws and the Geneva Conventions in clashes.”

At a press conference on September 4, Tatmadaw spokesperson Brigadier-General Zaw Min Tun said any military misconduct is addressed by the relevant command units.

“We take action against those who commit violations of human rights, for the family members who face losses in the cases,” he said at the press conference in Nay Pyi Taw. “The respective military commands don’t neglect such cases. Those who actually face grievances meet officials from the respective military commands, and those officials give a helping hand to those family members.”

Some 20 students who joined recent protests opposing human rights violations in Arakan State have been arrested and/or are facing various criminal charges for their activism, including three from the Arakan Students’ Union.