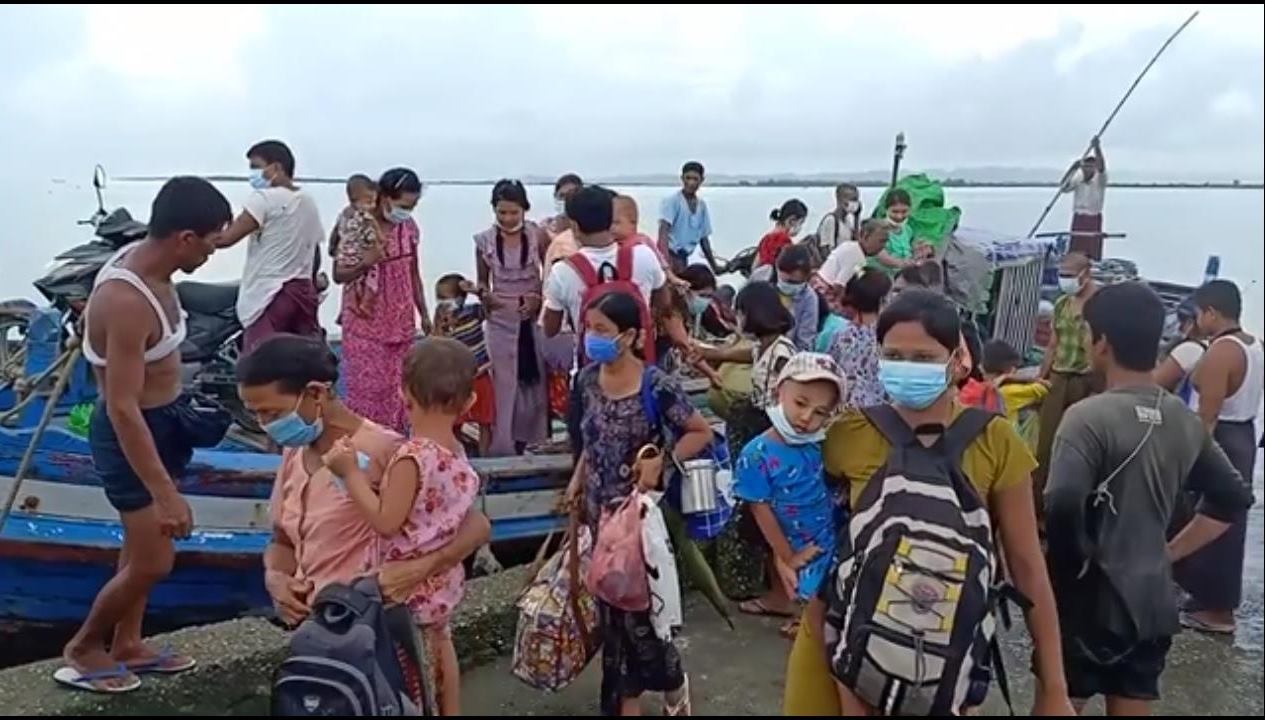 Thousands of people in Rathedaung Township were displaced from their homes on September 23 due to military operations in Arakan State, even as COVID-19 infections continue to rise throughout the region and related restrictions on movement remain in effect.

Residents of Gutaung, Shwe Laung Tin, Ugar, Min Kun Chaung and Kan Pyin villages fled when Tatmadaw personnel aboard a watercraft landed near Gutaung village after gunfire from the watercraft in the Mayu River, said Ko Bekka, a resident of Rathedaung town.

“In the afternoon, a military craft in the Mayu River opened fire. They shot small and heavy weapons,” he alleged.

U Thein Aung, head of Gutaung village, told DMG: “A military column from a watercraft landed near the village and opened fire. So, villagers fled from home. Some fled to Sittwe while some fled to nearby villages. About 3,000 villagers have been displaced from homes.”

U Khin Maung Latt, the Amyotha Hluttaw lawmaker representing Rathedaung Township, said villagers fled due to gunfire from the Tatmadaw, without any reports of clashes that day between its forces and the Arakan Army or other adversarial elements in the township.

The Tatmadaw True News Information Team had not released any statement on the mass displacement as of 10 p.m. on September 23, and DMG’s attempts to phone Major-General Zaw Min Tun of the team were unsuccessful.

Student unions and human rights groups have protested in recent weeks demanding an end to the Tatmadaw’s offensive operations in Arakan State.