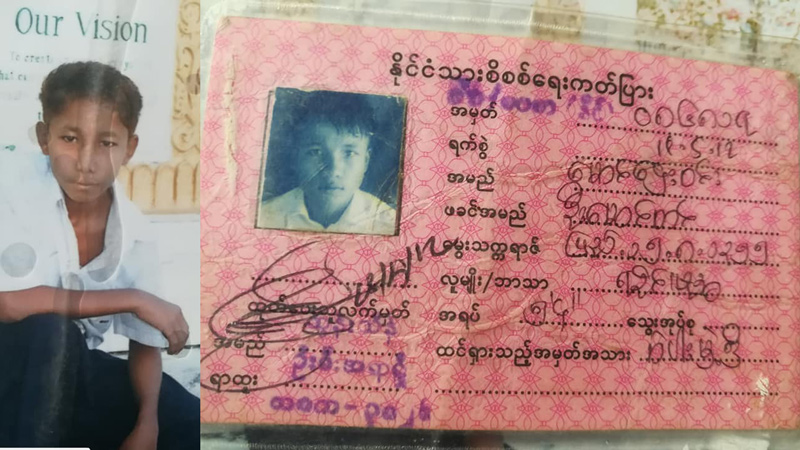 Arrested by the Tatmadaw more than a year ago, two brothers from Yaw Chaung (Ywar Tharyar) village in Myebon Township, Arakan State, still have not been heard from, nor has any information been provided about their situations, according to family members.

Ko Maung Win Htay and Ko Maung Htay Win, both in their late 20s, earned their living by farming, and were detained by troops on October 8, 2019, while they were searching for cattle, the men’s mother told DMG.

A resident of Myebon Township who served time in Sittwe Prison has said the duo is being detained at the penitentiary, said Daw Ma Saw Tin, their mother.

“When I went to Sittwe Prison in July to inquire about my sons, prison officials said the missing brothers weren’t there,” she added.

Meanwhile, the family is struggling to make ends meet in their absence.

“I have to rely on my sons. Buffalos have been sold at low prices since their arrest. I would like to ask the concerned officials to release my sons as soon as possible,” Daw Ma Saw Tin said.

“We have been facing livelihood difficulty after my husband was arrested,” said Daw Ni Ni Khaing, the wife of Ko Maung Win Htay. “It is not easy for a woman to struggle with my children’s health. We encounter many problems. I want the concerned officials to help us as much as they can.”

The disappearance of the two brothers was reported to the Myanmar National Human Rights Commission through the Arakan Human Rights Defenders and Promoters Association, but no reply has yet been received, according to U Myat Tun, director of the latter organisation.

DMG attempted to contact Maj-Gen Zaw Min Tun of the Tatmadaw True News Information Team for comment on the family’s contention that the two brothers were arrested by military personnel, but he could not be reached.

In another alleged case of prolonged military detention, 18 locals from Kyauktaw Township’s Tinma village have been missing for more than seven months after being arrested by the Tatmadaw in mid-March. Their families have similarly expressed concern for their safety.

Maj-Gen Zaw Min Tun, who is a spokesperson for the military’s public relations outfit, told reporters at a press conference in June that no Tinma villagers had been arrested.

Hostilities between the military and the Arakan Army have flared with regularity in western Myanmar since late 2018, and scores of civilians have been detained in connection with the conflict.

According to data compiled by DMG, the number of people arrested by the Tatmadaw on suspicion of having ties to the Arakan Army from June to October 28 had risen by at least 105.