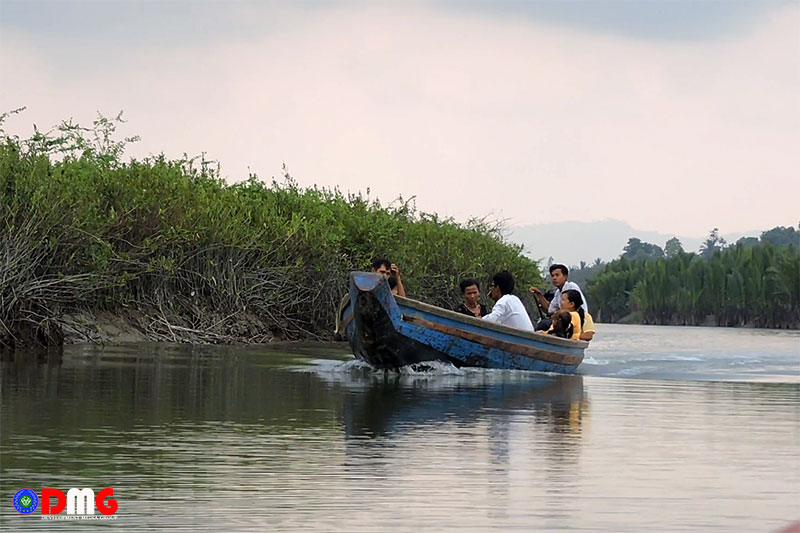 Locals in Paletwa Township, Chin State, which shares a border with northern Arakan State, want access to the Kyauktaw-Paletwa waterway restored at a time when fighting between the Tatmadaw and the Arakan Army (AA) has eased.

The Tatmadaw-AA conflict has pushed up commodity prices in Paletwa Township to more than three to four times their normal cost, according to locals, who hope that opening the waterway will exert downward pressure on commodities markets.

“Currently, there is almost no fighting, but locals are afraid of being arrested by the Tatmadaw or Arakan Army,” said U Maung Maung, a resident of Paletwa. “We have to rely on Sittwe and Kyauktaw townships in Arakan State to import commodities, including [products] for our health. That is why we want the waterway to be reopened as soon as possible.”

There have been frequent clashes along the Paletwa-Kyauktaw waterway in the past, and locals fear being detained by troops from both sides of the conflict, as has been known to occur.

According to the Chin State government, the waterway has been closed due to security concerns.

Some developments have helped to settle markets in Paletwa, meanwhile: The price of a sack of rice, which used to be K130,000, has dropped to around K90,000 after importing the staple grain from Pakkoku and Samee, said U Sein Tun Hla, a town elder from Paletwa.

He estimated that if the Paletwa-Kyauktaw waterway could be used, the price of a rice sack would be further reduced to about K40,000.

“Commodity prices are falling due to the influx of rice bags from Pakkoku and Samee. However, if the Paletwa-Kyauktaw waterway is opened, it will be convenient for the poor,” he said.

A request to reopen the waterway was presented to the Chin State government in October by Paletwa town elders and the ward administration, but no response has yet been received.

“If only the Paletwa-Kyauktaw waterway was opened, the flow of goods would be faster. Ferryboat owners will all be OK. Those who depend on this waterway for their livelihood are still unemployed. It is not convenient for them to go out and work,” said Ko Min Aung, who runs a ferryboat along the Paletwa-Sittwe waterway for a living.

Although the local government and its Union counterpart want to reopen the Paletwa-Kyauktaw waterway, the Tatmadaw-AA conflict remains a concern, said U Soe Htet, spokesperson for the Chin State government.

“There’s been no fighting in the Paletwa area after the recent election. The Chin State government wants to reopen the Kyauktaw-Paletwa waterway, but the fighting is not over,” the spokesman said.

Fighting in Arakan State and neighbouring Paletwa Township appears to have eased after the Arakan Army issued a statement on November 12 urging the government and Tatmadaw to hold by-elections before the end of the year in townships where the general election was not held on November 8. The military responded favourably, raising hopes that the two sides might reach a detente in their long-running conflict, which will unofficially enter its third year next month.