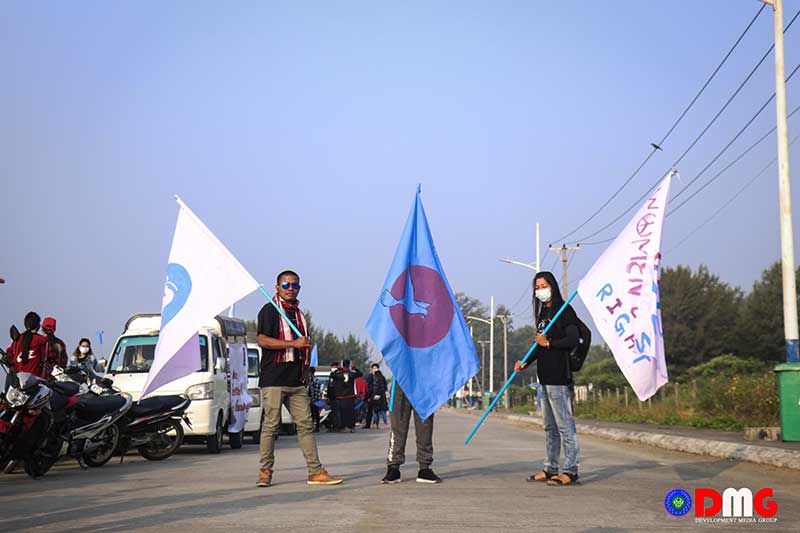 Three youths arrested over a human rights demonstration in the Arakan State capital Sittwe on Thursday morning were released on bail at about 5 p.m. the same day, according to the detainees.

The three have been identified as Ko Min Bar Chay aka Ko Than Hla, Ko Naing Naing Tun and Ma Khaing Mrat Thu from the Rakhine Youth New Generation Network.

Ko Min Bar Chay said the trio were released on bail after being questioned about their event marking Human Rights Day, which is commemorated globally on December 10.

“The government should mark International Human Rights Day on a grand scale. It is a little unfortunate that even those who welcome human rights are being punished by the government,” he added.

The three organisers of the Human Rights Day event will be charged within 15 days, but it is not yet known under which statute they will be prosecuted, said Ko Min Bar Chay.

More than 30 activists in Sittwe gathered to condemn human rights abuses in Arakan State on Human Rights Day this year. The three organisers were reportedly apprehended by police near Sittwe Hotel while other placard-bearing demonstrators marched along Sittwe’s Strand Road.