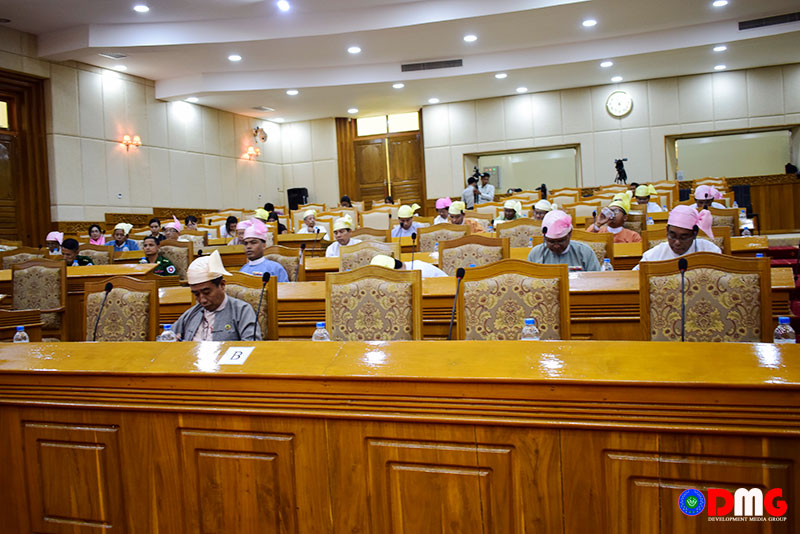 A proposal in the Arakan State Hluttaw on January 11 urged the union government via its Arakan State counterpart to rescind the designation of the United League of Arakan/Arakan Army as terrorist groups in order to build eternal peace.

He said the declarations under the Counter-Terrorism Law should be annulled because they impeded the establishment of a federal union and equal participation at the peace talks table.

“The government should acknowledge and welcome the halt in fighting between the Tatmadaw and Arakan Army. The government needs to revoke its declaration of the AA as a terrorist group and unlawful association so that the AA could meet with the government more to make mutual trust stronger, to cease fire and to make peace,” U Tun Thar Sein said.

U Tun Aung Thein, an Arakan State Hluttaw lawmaker for Buthidaung Township, seconded the proposal. The state hluttaw decided to discuss the proposal, as there were no objections.

U Kyaw Zaw Oo, an Arakan State Hluttaw MP for Sittwe Township, said the AA can participate in all steps of the peace process only if its status as a terrorist group is officially rescinded.

“Removing the ULA/AA from the terrorist group list is the first step of the peacemaking process. After that step is passed, the AA can move forward to further steps,” he said.

Dr. Myo Nyunt, a spokesperson for the National League for Democracy (NLD), has said the Tatmadaw needs to submit the outcomes of its peace negotiations with the Arakan Army thus far, before the NLD administration can remove the AA from its terrorism list.

The Tatmadaw and AA are currently both supportive of, and involved in, discussions to hold make-up elections in the Arakan State townships where voting was cancelled on November 8.