Arakan League for Democracy says ‘no’ to military dictatorship 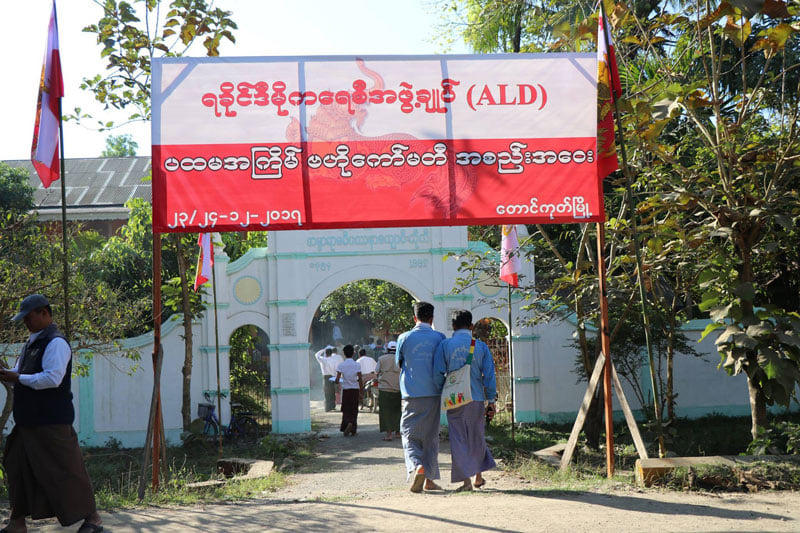 In response to Myanmar’s February 1 coup, the Arakan League for Democracy (ALD) released a statement on Sunday saying it would accept neither military dictatorship nor democratic despotism, but rather would continue its efforts to establish a genuine federal Union.

“In a military dictatorship, dictators do as they please and adopt policies without considering the wishes of the majority. It is the people who have to suffer the negative consequences of their policies,” said ALD Chairman U Kyaw Myint.

“So, we no longer want military dictatorship. Similarly, we don’t want democratic despotism either. We don’t accept a particular party doing as it pleases and not considering others just because it wins a majority.”

The Myanmar military seized power in a coup on February 1, claiming the November general election that brought a landslide victory to the National League for Democracy (NLD) had been marred by fraud.

The ALD urged the military to peacefully resolve electoral disputes through talks with the NLD as the Union Election Commission (UEC) was preparing to handle complaints filed by candidates.

“It is the people who suffer in the case of a takeover. They [the military] said there were considerable differences in voter lists. This is not such a serious problem that it could result in the Union losing its sovereignty or breaking up. This is why we have urged to solve the problems through talks,” said U Kyaw Myint.

In its statement, the ALD also said the military had staged coups that resulted in dictatorships under multiple pretexts following independence in 1948, tarnishing Myanmar’s image on the international stage and throwing its people into abject poverty.