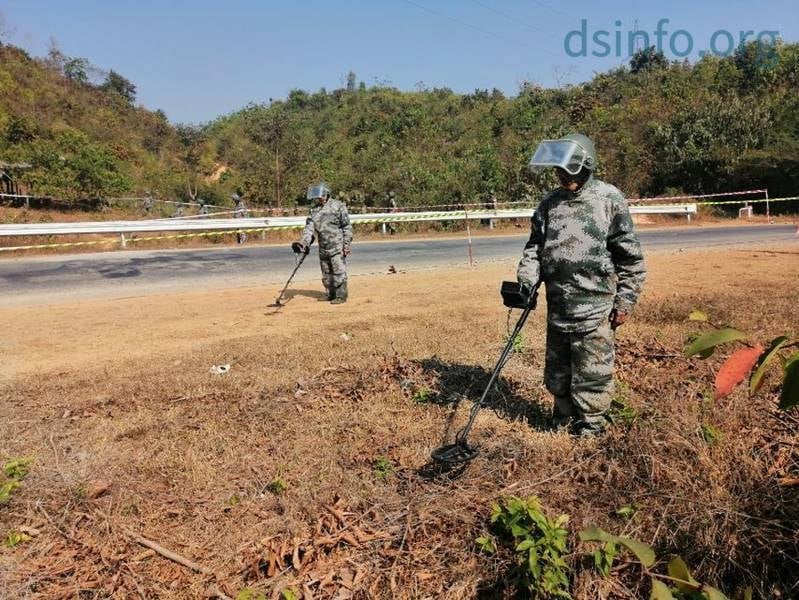 Landmine clearance work will be carried out in the Arakan State townships where internally displaced people (IDPs) have registered to return home, according to Colonel Min Than, a member of the Arakan State Administration Council.

It has been more than a week since landmine clearance began along the Ann-Sittwe highway and at some villages in Rathedaung Township on February 15.

Lists are being compiled of those who have returned home due to a cessation of hostilities between the Tatmadaw and Arakan Army over recent months, as well as those who want to return home. As of February 19, there were 13,445 IDPs seeking to return to their homes from IDP camps in Ann, Sittwe and Buthidaung townships.

Landmine clearance will be carried out in phases in some townships where IDPs are returning home, according to Colonel Min Than.

Many IDPs rely on the forests for their livelihoods, and it will not be possible for them to return home to work because the Tatmadaw will not clear landmines in forested areas, said U Aung Win, an IDP from Ywahaung village who is currently sheltering at No. 1 Pepadon IDP camp in Ann Township.

“I’ve already registered to return home but I don’t know exactly when we will be able to return home. The majority of rural people earn their living as odd-job workers and they rely on the forests for their livelihood. I figured it would not be easy to work and eat when IDPs returned home,” he said.

A man from Thayetpin Chaung village in Ann Township lost a leg after stepping on a landmine on February 17 while foraging for wild vegetables along mountainous terrain outside the village. The 42-year-old is currently being treated at Sittwe General Hospital in the Arakan State capital.

In 2019 and 2020, a total of 64 people were killed and 128 others were injured due to encounters with landmines and explosive remnants of war (ERWs) in Arakan State, according to government figures.