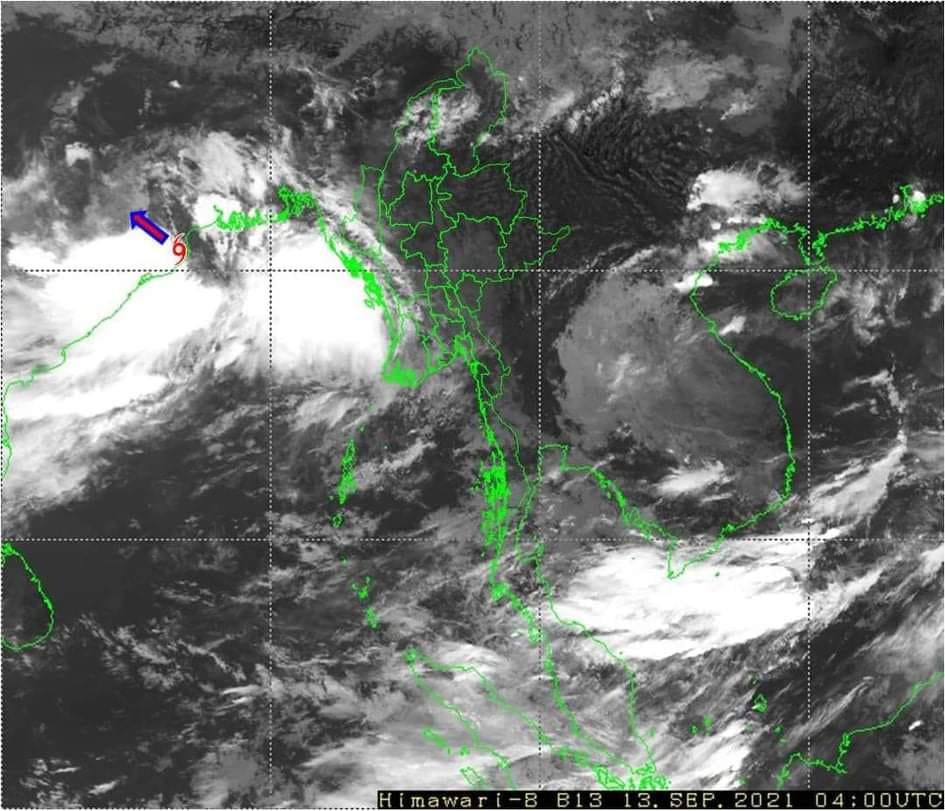 Isolated heavy rainfall is likely in Arakan State due to a deep depression that has developed in the Bay of Bengal, according to Myanmar’s Department of Meteorology and Hydrology (DMH).

Myanmar will not suffer the risk of storms directly as the depression is moving toward India, but will suffer its effects, said U Hla Tun, deputy director of the DMH.

“Occasional squalls with rough seas will be experienced in the delta area, off and along the Arakan coasts. Due to the depression, there will be rain or thundershowers with strong wind and lightning. Heavy falls will be at coastal areas,” he told DMG.

He warned about the risk of flooding in areas close to streams if heavy rains materialise.

“There might be flooding in areas close to streams. But the flooding would not be as heavy as what occurred in Thandwe previously, because it is the end of the rainy season,” he said.

The DMH forecasts that rainfall in some areas could be above three inches, but totals in excess of 10 inches are unlikely.

The current depression was likely to pass over the Indian coast on Monday evening and weaken into a land depression, the department said.

The DMH has warned fishermen along the coast to be cautious about the effects of the depression, as well as advising the general public to be mindful of the danger of lightning strikes as the rainy season comes to a close.