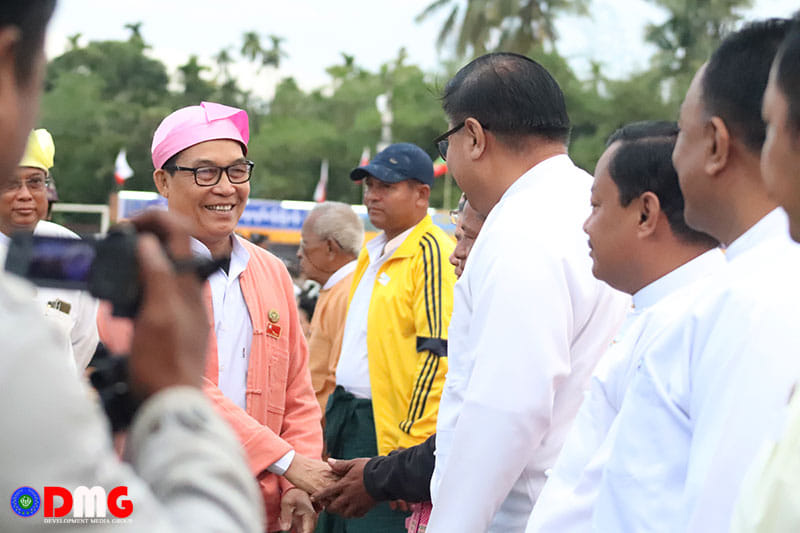 Former Arakan State Chief Minister U Nyi Pu, who has been charged under Section 505(b) of the Penal Code, appeared via video link for a court hearing in Sittwe on Tuesday.

U Nyi Pu was questioned during the hearing, and the court will hear closing arguments from both sides’ lawyers at the next hearing, said U Nyein Chan, a lawyer representing the ex-minister.

“I don’t know when the final verdict will be made,” the lawyer said.

U Nyi Pu was arrested along with other leaders of the democratically elected National League for Democracy (NLD) government when the military seized power in a coup on February 1. The Tatmadaw regime released him after two days and placed him under house arrest, but again took him away on February 10 after he criticised the coup on social media the day prior.

U Nyi Pu was sued by Deputy Township Administrator U Kyaw Thein at the Sittwe Township Court on February 22 under Section 505(b) of the Penal Code.

U Nyi Pu has not been allowed to meet with lawyers in person since his arrest, and he has not been permitted to see his family members either.

“I have not been allowed to meet with my father,” said Ma Kyi Kyi Oo, daughter of U Nyi Pu. “My father is in good health, according to his lawyers. Family members want to meet him. I cannot accept the false accusation against my father in this case.”

The next court hearing for the former chief minister of Arakan State has been scheduled for October 5. U Nyi Pu faces up to two years in prison under Section 505(b) of the Penal Code. He also faces charges under the Anti-Corruption Law.

Five ex-ministers for Arakan State charged under the Anti-Corruption Law, including U Nyi Pu, appeared via video link for a court hearing in the state capital Sittwe on September 8.

The next hearing for the five former Arakan State ministers charged under the Anti-Corruption Law is set for September 29.