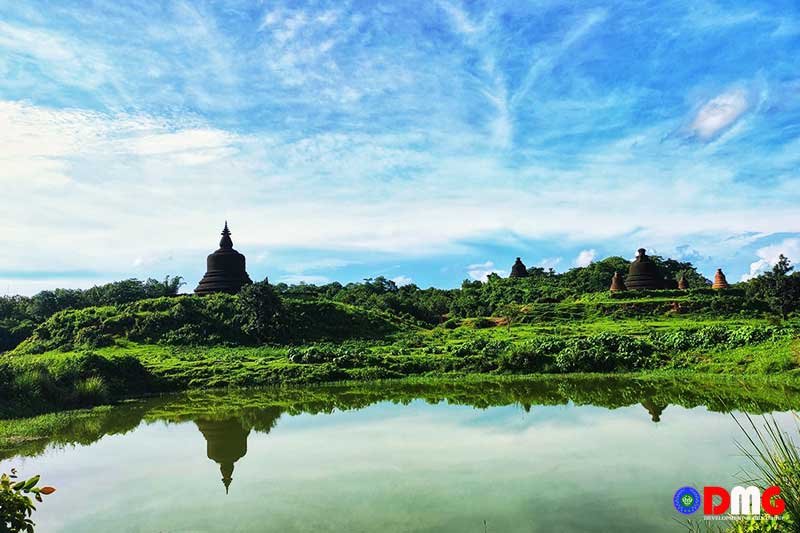 Banyan trees, vines, moss and other plants that can damage pagodas, stupas and other religious structures in the Mrauk-U cultural heritage zone will be removed using chemical herbicides, according to the Mrauk-U branch of the Department of Archaeology and National Museum.

The department has been tending to heritage buildings since the nomination of Mrauk-U for UNESCO World Heritage Site status. The department has decided to use chemicals because using machines to do the same task could damage buildings, said officials from the Department of Archaeology and National Museum.

Ammonium carbonate and sodium bicarbonate will be used to get rid of vines and  plants, said Assistant Director U Kyi Lwin of the Department of Archaeology and National Museum.

“We will use the same method to remove plants in Bagan. It is the method applied by UNESCO technicians. As the chemicals used are not strong, they do no damage to buildings made with stones,” he said.

Heritage experts provided training to the Mrauk-U Cultural Conservation Group, Mrauk-U Youth Association, a local pagoda board of trustees, departmental officials and residents on the usage of chemicals to eradicate unwanted plants and vines.

The department is now compiling a list of buildings where plants and vines need to be removed, said Director U Kyi Khin of the Mrauk-U branch of the Department of Archaeology and National Museum.

“We are all doing this for Mrauk-U to get inscribed on the UNESCO World Heritage list. We will start removing plants next month,” he said.

UNESCO experts are scheduled to make field surveys in September and October, with the fate of Mrauk-U’s push for heritage recognition to be decided at the World Heritage Conference next year.